Chennai, With bank after bank in private sector getting into problems, the latest being the Lakshmi Vilas Bank (LVB), the efficacy of Reserve Bank of India (RBI) as the sectoral regulator will soon be a question mark, said a top leader of a large bank union.

“The way things are coming out in private sector banks, RBI is not able to control or unwittingly becomes a party to it, its efficacy will soon be a question mark,” C.H. Venkatachalam, General Secretary, All India Bank Employees’ Association (AIBEA) .

“It is time the central government thinks of putting RBI under Prompt Corrective Action to really make an effective tool to control Banks,” he added.

Citing the happenings in the 93-year old LVB, Venkatachalam said its bad loans leapt from just about two per cent in 2017 to 25 per cent in 2020.

“The fact that the Bank was going in the wrong way could be visible even to a layman. How all these things and deteriorating health of the Bank was not seriously taken note of by RBI and its nominee Director,” Venkatachalam wondered.

He said, the RBI has access to everything going on in every Bank and under its very nose, many things are happening in many Banks.

“Not long ago, one RBI nominee director used to raise questions on the happenings in the bank. But later the RBI nominee directors remained silent,” R. Subramanian, former General Secretary of the Lakshmi Vilas Bank Officers’ Association and who retired from the bank as Senior Manager .

He has moved the Madras High Court to direct the Central government, RBI and the Securities and Exchange Board of India (SEBI) to suspend LVB’s board and appoint an administrator.

“Strangely, the nominees of the RBI on the LVB Board have not raised any concern or red flag despite the happenings in the bank,” Subramanian, 67, .

In his petition, Subramanian, who was the General Secretary of the Lakshmi Vilas Bank Officers’ Association, and retired from the bank in 2013 as a senior manager, said that he had sent a representation to the Centre, and the RBI, “bringing to their notice the mismanagement and misleading disclosures to the general public for taking appropriate action but these have not been considered”.

“Any such increase in gross NPA could not be justified as a common occurrence in the banking industry. This evidences quick mortality of advances and the options of the bank made against the guidelines of the RBI and the SEBI,” Subramanian argued.

“I submit that the total deposits in the respondent bank, as on March 31, 2020, are Rs 21,443 crore. But there is no safety for the deposits made by general public as per the information available in the public domain and qualified statements of the statutory auditors of the bank in the balance sheet,” he said.

Subramanian said the unions have brought the happenings in the bank to RBI earlier, but nothing happened.

In his petition Subramanian said the loss to the bank is due to bad advances extended Religare, Star agri, products, Talwalker,ACox and Kings, Coffee Day amounting to about Rs 1,200 crores violating corporate governance.

LVB had extended big advances to Religare, Jet Airways Group, Cox and Kings, Nirav Modi Group, Coffee Day (relate to the questionable agri loans extended violating the established norms and RBI guidelines) and others to the tune of about Rs 2,000 crore, he said.

Subramanian also said in his petition that the bank did not curtail its expenditure.

“In the same way, RBI does not appear to be knowing what is happening in LVB. If they really did not know what was happening in all these Banks, then it is not the RBI it was meant to be. If they knew all these things and still did not take drastic and timely steps, then RBI has no meaning,” Venkatachalam added. 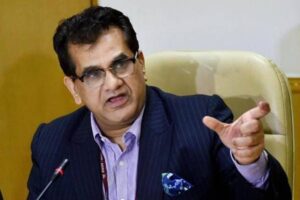