Gandhinagar : The Ahmedabad police’s Crime Branch, looking into an application filed by three stock investors claiming misleading news reports on Adani Group led to a huge loss on their investment and alleging a conspiracy behind it, has summoned four journalists from two media houses, including an editor.

Certain investors from Ahmedabad filed an application before the Crime Branch alleging a nationwide conspiracy to cheat investors of the country by publishing misleading and untrue and unverified story about suspicious shareholding of FPIs in the Adani Group.

“Under the provisions of Section 160 of the CRPC, the investigation officer can issue summons and in that context, we summoned the anchor of the a leading news channel as well as three journalists of a leading financial newspaper, including an editor, regarding the application filed by three Ahmedabad investors who claimed to have been inflicted with a huge loss due to the misleading news stories regarding Adani Group,” Investigation Officer, Police Inspector Nikhil Brahmbhatt of Ahmedabad Crime Branch .

“The Crime Branch has recorded the statements of all the four journalists as well as stock exchange official regarding the application. We are looking into the application and investigating whether a conspiracy was hatched by the TV media outlets with clear intentions and other concerns related to it. If the ACB finds any merit to the claims made in the application, then we’ll be filing a formal complaint against the media outlets,” he added.

The application was filed based on news item broadcast on the above subject by the channel as well as the newspaper, said police. According to the application, there seemed to be a conspiracy being hatched against the investors of the country by broadcasting “misleading and unverified news” on that day.

The application said that the shares of Adani Group of companies fell drastically, thereby causing loss to the investors. Certain investors from Ahmedabad suffered huge monetary loss due to such “misleading campaign” carried out by the news channel, the plea said. 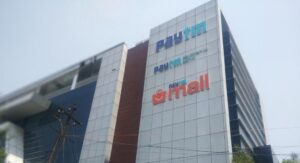