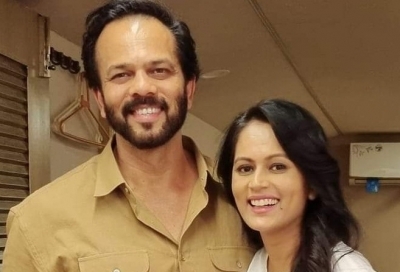 Mumbai, Actress Vibhuti who had already worked with Rohit Shetty in Sara Ali Khan and Ranveer Singh-starrer film ‘Simmba’. Now she has been roped in to play a prominent role in Rohit Shetty’s web series ‘India Police Force’.

A source close to the show said: “Vibhuti will feature alongside Sidharth Malhotra, Vivek Oberoi, and Shilpa Shetty. Though it’s a cameo, yet it’s a prominent role that will bring a major twist in the tale.”

Vibhuti confirmed the buzz and shared: “At this moment, I won’t be able to reveal much, all I can say is that I am doing this series.

“I share a good rapport with Rohit sir and it’s always overwhelming to work with him. I am glad after ‘Simmba’ I am getting another opportunity to associate with him,” she added.

Vibhuti was recently cyberbullied after someone leaked her number on social media. She began receiving vulgar messages and phone calls from strangers wanting sexual favours after that. Later she filed a complaint in Cyber Crime.

“I’ve had a lot of sleepless nights. My health was affected by the traumatic stress I experienced as a result of that incident. To be very honest, that was one of the darkest phases of my life, but I am glad this show came as a ray of sunshine,” Vibhuti said.