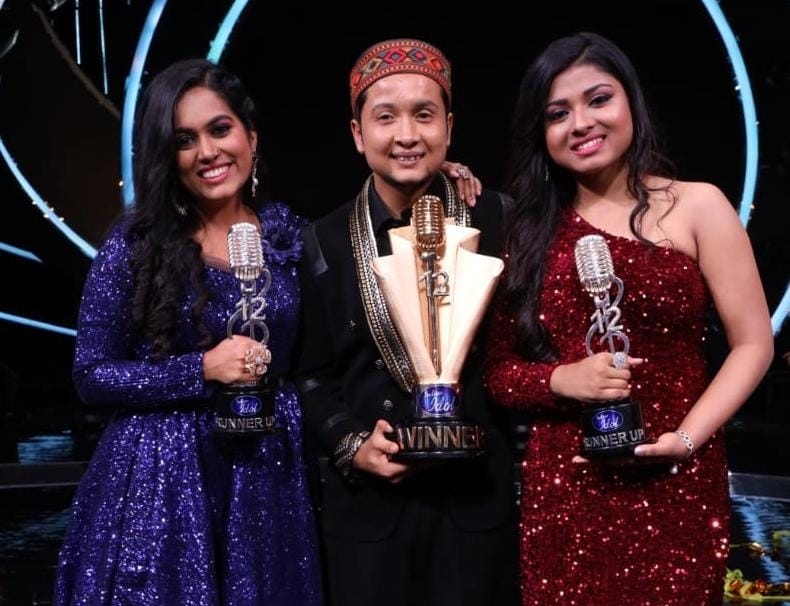 Mumbai,  Pawandeep Rajan from Champawat, Uttarakhand, lifted the ‘Indian Idol Season 12’ trophy and took home a cheque of Rs 25 lakh and a Maruti Suzuki Swift Dzire after being declared winner at the ‘The Greatest Finale Ever’ of the Sony Entertainment Television reality show late on Sunday night.

An artiste, said a beaming Pawandeep after winning the title, needs a platform where he can showcase his talent to the world and ‘Indian Idol’ is one such “great platform”.

He said: “Being a part of ‘Indian Idol Season 12’ was a dream come true and then being a part of the Top 6 was wonderful, but winning the title is just unbelievable. I still feel like I’m dreaming and cannot come to terms with reality. It’s still sinking in. This is such a big honour for me. I’d like to thank all my fans and the viewers who have voted for me and made me win this honourable title.”

Pawandeep had garnered a lot of praise during the show for being focused on his performance. And he still remembers vividly the first day when he came for the audition.

He recalled: “I was so scared that I was shivering while performing. Backstage, I was thinking, ‘Will I even get selected?’. But I cleared the audition and from there reaching up to this level is a great feeling.”

Pawandeep concluded by thanking everyone who had been a part of his journey. He said: “From the makers of the show to the musicians, our coaches and my fellow contestants, this trophy belongs to all of you. Thank you, ‘Indian Idol’, and the citizens of India. This feeling is the best, thank you so much.”

From the Top 6 finalists, Arunita Kanjilal and Sayli Kamble were declared the first and second runner-up, respectively, and were awarded a cheque of Rs 5 lakh each. The third and the fourth runners-up, Mohammad Danish and Nihal Tauro, got a cheque of Rs 3 lakh each.