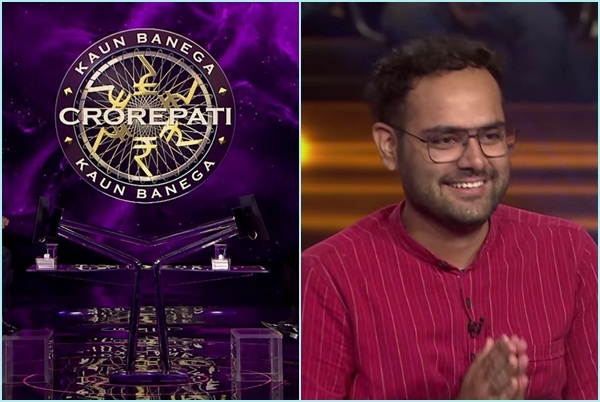 Mumbai : A 26-year-old UPSC aspirant Akshay Jyot Ratnu will be seen making his way to the ‘Kaun Banega Crorepati 13’ hotseat.

Akshay has been trying to clear his UPSC exam from 2017 and hasn’t been selected yet. Because of this, his family members and relatives constantly taunt him which seems to have hampered his self-confidence and morale. Only to build that back again, with his hard work and dedication he will be seen making his way to the hotseat tonight.

Expressing his feelings, Akshay shares: “Almost all of my family members are in the Civil Services. I don’t step out of the house during the day because I might meet someone, my neighbours or relatives who ask me what’s going on in my career? I don’t have an answer to that.”

He continues: “All those conversations then start running in my head for almost a week. Why did someone think that I am useless or say things like, ‘He still didn’t pass the selection process? my kid has already been selected, you’ve spent so much on him and what did you get?’ All these conversations break my morale. When I stop studying or preparing for the exam and someone calls me useless, I will accept that. But I’m still studying, yet why do people say such things?”

To this, Amitabh says: “I really like the way you speak with so much honesty. Don’t take what people say to your heart. Don’t feel disheartened. I cannot contribute to your hard work but will always support you.”

Residing in Jodhpur, Rajasthan currently, he has completed his B.A and M.A LLB from Ramjas College, Delhi University and Tata Institute of Social Sciences, Mumbai.

Akshay also went back with some sound advice from Amitabh when he asked him how he dealt with the hardships to reach where he is today.

Responding to him, Amitabh shares: “Many a times, it was like everything has come to an end, there’s no hope. I did go to Babu ji (father Harivansh Rai Bachchan) once and told him ‘Babuji there are a lot of struggles in life’. To which he said, ‘So long as there is life there will be struggle’.

Amid thunderous applause, he further added, “Just how a lift opens when you keep your finger in the middle, (life is just like that) Similarly, just keep a finger and that door will open.”