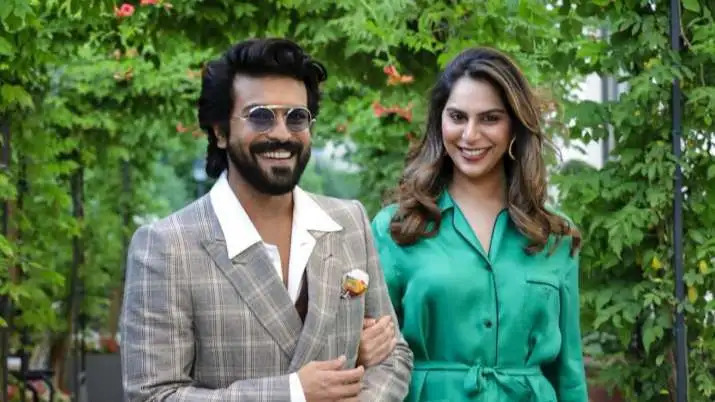 Charan and Upasana Kamineni, one of Tollywood’s power couples, celebrated their tenth wedding anniversary on June 14th this year. On the tenth anniversary of her marriage to the RRR superstar, the star’s wife shared an emotional message on Instagram.

She commented, Sharing some snippets of their lovely anniversary getaway, “Moments, lessons & relationships to be cherished forever…While We were celebrating 10 years of togetherness, the most traumatic news of losing an extremely dear friend hit us. We were truly fortunate to be surrounded by warm & caring well-wishers to help us cope. Privileged to have so many safe spaces. Thank you for making our anniversary so special. grateful & thankful.”

To celebrate their anniversary, Ram Charan and Upasana Kamineni went on a romantic vacation. On social media, the actor’s better half shared a lovely romantic photo with the comment, “So much to be thankful for @alwaysramcharan.”

Upasana Kamineni radiated charm in a green one-piece, while the Acharya star looked dashing in a checkered suit and slacks.

Ram Charan’s love story appears to be a fairytale as well. At a sports club in London, the two met through mutual connections. These two quickly became close friends. Their friendship blossomed into a romantic relationship. Their families already knew each other and agreed to the alliance right away. They married on June 14, 2012, after becoming engaged on December 1, 2011.