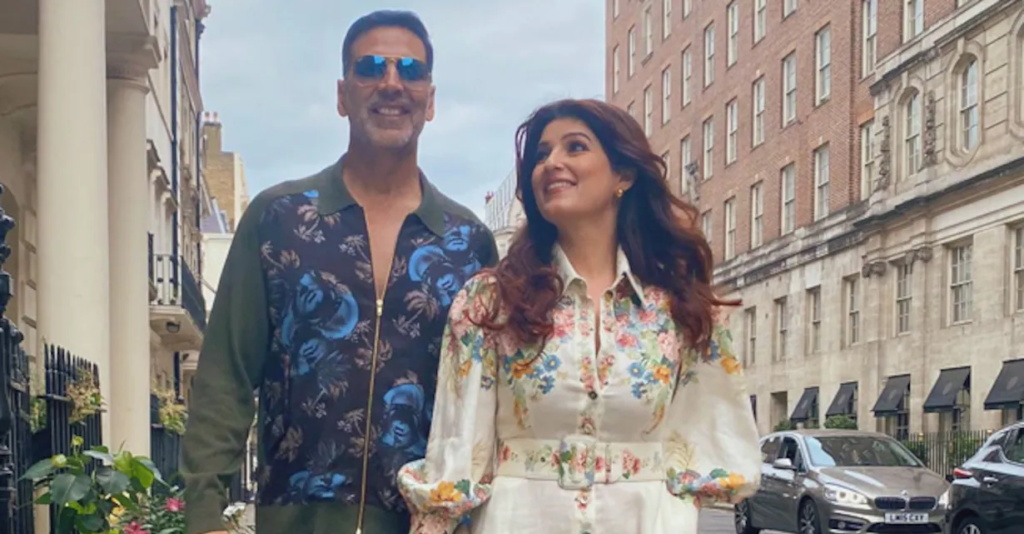 Raksha Bandhan, Akshay Kumar’s next film, will be released tomorrow, August 11. The actor has left no stone unturned in promoting the film and is now in a promotional frenzy. He and his on-screen sisters are touring several states to promote their flick. Bhumi Pednekar also plays an important part in this film. Twinkle Khanna, Akshay’s wife, saw the film ahead of everyone else and reviewed it on her social media account.

Twinkle Khanna shared a snippet from the film, which stars Akshay Kumar and Bhumi Pednekar. While reviewing the film the actress states, “Raksha Bandhan made me laugh in the first half and cry through the second. A movie about the India we all pretend doesn’t exist. A reality that we wish didn’t exist. We have changed terms, from ‘dowry’ to ‘gifts’ but in homes across social-economic strata, variations of the custom loom large. The wonderful Aanand Rai has skillfully built a world where siblings tease each other, support each other and ultimately triumph together. The challenge with altering mindsets is that these conversations circulate largely among the already-converted. It’s perhaps only cinema that has the power to burrow into the minds and hearts of people across the board. Raksha Bandhan may make you smile and crack up, but I dare you to leave the theatre dry-eyed.”