Mumbai,  Actress Shamin Mannan says she was always inspired by Sushant Singh Rajput and that it is heart-wrenching to not have a clarity regarding his mysterious death.

Sushant was found dead at his Bandra home on June 14, and the cause of death is currently under investigation by the CBI.

Soon after the actor’s death, it was said that he was suffering from depression. Shamin feels that people should avoid talking about his mental health and lifestyle, and instead remember him as the successful actor that he was.

“Although I didn’t know Sushant personally, I have been following Sushant’s case since day one and have been awaiting a justified closure just like the whole country. With so many different theories and speculations around his mysterious death, it is heart-wrenching to not have any clarity even after two months,” said the “Ram Pyaare Sirf Humare” actress.

“Sushant achieved all the success in his life relying on sheer talent and hard work, and one should refrain from speculating anything wrong about his lifestyle or mental health condition and remember him just as the success story that he was. I don’t know if he was depressed, but I wish people don’t demean depression as a taboo disease and understand that depression doesn’t make you a weaker person,” she added.

She also mentioned that the late actor was an inspiration for her and said: “Sushant has been a role model for so many actors like me. His career graph personally inspired me to work hard towards my goal. He seemed so motivated in his career, and at the same time, he was so intelligent with so much knowledge about everything, not just limited to acting. He was not just an actor, he was much more than that.”

“I have followed his journey from ‘Pavitra Rishta’. His transition from TV to Bollywood was exemplary. He had a flourishing and inspiring career. It is disheartening to read so much stuff about him. I just wish that the CBI comes out with the truth soon,” she added.

“Be it a murder or suicide, Sushant and his family deserve justice and respect. There are too many questions yet to be answered. Having faith in the system and the CBI, I believe the truth will come out sooner or later and justice will prevail,” said the actress. 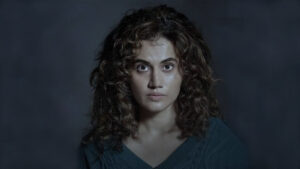