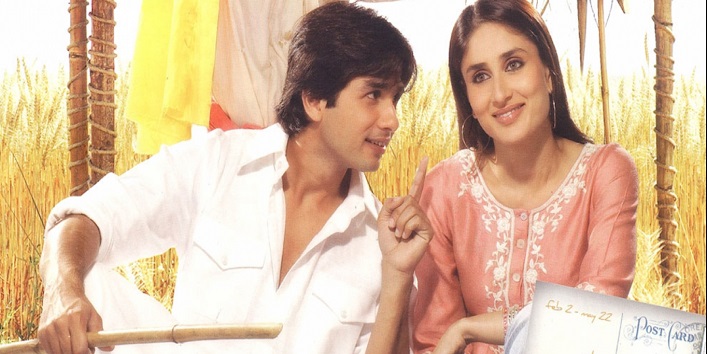 Celebrities are simply human, therefore it’s not surprising that these celebrity couples split up. Some splits, though, take a bad turn. Here’s a look at some lovely couples whose breakups turned nasty and turbulent.

Kareena has never hidden her feelings for Shahid, whether on the sets of Koffee With Karan or by adopting vegetarianism. They were both madly in love, but things apparently fell apart when she met Saif Ali Khan on the set of Tashan. They never crossed paths after their separation before it was for Udta Punjab and stated various derogatory things about each other during interviews.

The on-screen pair from Haan Maine Bhi Pyaar Kiya dated in real life for five years before getting engaged in 2002 on Amitabh Bachchan’s 60th birthday. However, Abhishek and Karisma’s separation was the talk of the town in 2003. Their unexpected breakup was supposedly caused by the bitterness instilled in them by their moms, Jaya and Babita. Karisma was a well-known actor, whilst Abhishek was still finding his feet.
Babita had evidently desired financial stability post-marriage in order to safeguard her daughter’s future by drafting a prenuptial agreement. Jaya was not pleased with anything, and the couple called off their engagement right afterwards.

Once again, this was one of Cinema’s most adored couples. They co-starred in Bachna Ae Haseeno, and Deepika even got Ranbir’s initials tattooed behind her neck. During the filming of Ajab Prem Ki Ghazab Kahani, however, Ranbir supposedly fell for Katrina Kaif and cheated on Deepika with her. This obviously angered Deepika, and things quickly devolved into chaos. She slandered him, saying on the chat show Koffee With Karan that Ranbir should endorse a condom brand.

They were one of the most admired couples and even collaborated on the music video Zaroori Tha, which was well appreciated by their fans. However, the pair divorced in 2014. According to a report, Kushal said that the major reason they split up was that Gauahar wanted Kaushal to convert from Hindu to Muslim. The pair later made news for their public spat.