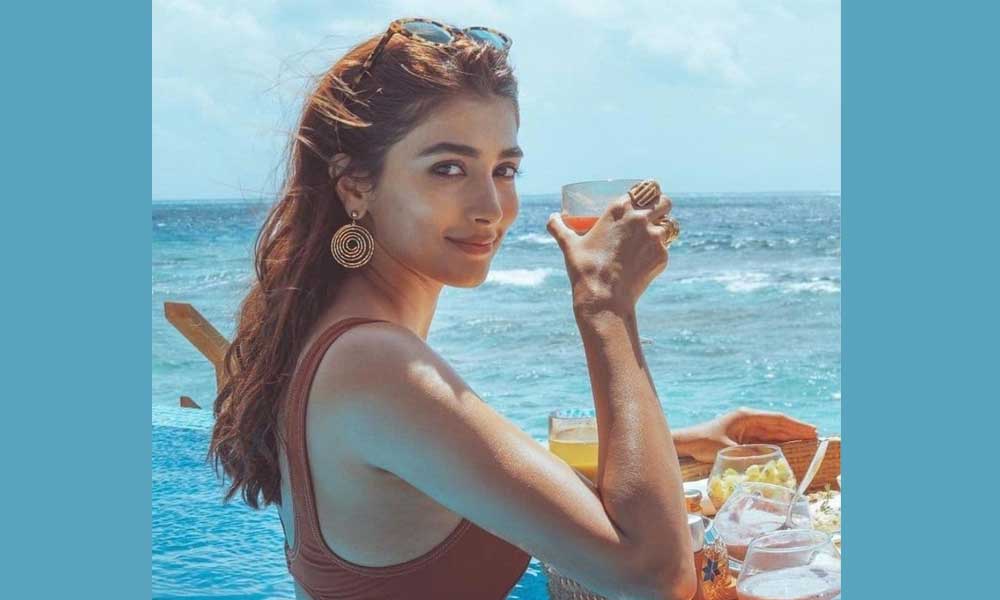 Hyderabad : Pooja Hegde, one of the most popular heroines in the south, had a string of hits just a year ago, but now finds herself in the opposite situation.

‘Aravinda Sametha Veera Raghava,’ ‘Maharshi,’ ‘Ala Vaikunthapuramuloo,’ and ‘Most Eligible Bachelor’ were all considered hits for actress Pooja Hegde prior to a string of flops.

Pooja appears to be in a bad spot all of a sudden, with ‘Radhe Shyam’ in March and ‘Beast’ and ‘Acharya’ in April labeled as ‘utter flops.’ Three bad films in less than three months for a star actress indicates an impending downfall that must be addressed as soon as possible.

Pooja Hegde will be seen in a special dance number in Anil Ravipudi’s next film, ‘F3,’ starring Venkatesh, Varun Tej, Tamannah, Mehreen, and others.

Pooja Hegde has a couple of biggies in her possession, which may help her get out of these sticky situations as well.

After a hat-trick of flops, Mahesh Babu will star in ‘SSMB28,’ directed by Trivikram Srinivas, with one big star Pooja opposite. She will also appear in ‘Bhavadeeyudu Bhagat Singh’ alongside Pawan Kalyan, under Harish Shankar’s direction.