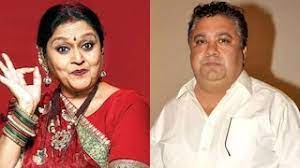 Mumbai, Supriya Pathak and Manoj Pahwa, both veteran actors, have appeared in numerous projects and played a variety of characters. They’re known for bringing their own unique flavour to every project they work on, and they choose to be a part of any series or film for their own reasons. Their new OTT show, ‘Home Shanti,’ is a slice-of-life presentation that will appeal to everyone.

Supriya Pathak said, “When I heard the script, I thought it’s an interesting slice of life kind of show and I felt that I could do justice to the character. I liked the whole setup. I enjoyed the meeting with the director and the producers. It just seemed like we’ll have a lot of fun making this so I think it was more of a belief that I’ll be able to do it and make it fun & enjoyable. That’s the reason why I really wanted to be part of Home Shanti.”

Manoj Pahwa shared, “When I got this script and I read it, I really loved it. The scenario of the web series right now is mostly focused on crime, the underworld, and the mafia with abusive language. After reading the script of Home Shanti, I was relieved. This was one web series that was family-oriented and homely which can be enjoyed with the entire family. It was a well-written script, with a touch of comedy and emotions around the aspirations of a middle-class family. It instantly hit a chord, making me feel that I can be a part of this rather than doing something which is already being pursued in a larger number.”

Its storyline features the lovably chaotic lives of Umesh Joshi, a comedic Hindi newspaper columnist, his stoic retired government school vice-principal wife, Sarla Joshi, and their 22 and 16-year-old daughters, Jigyasa Joshi and Naman Joshi, the sitcom offers viewers a warm hug. It follows the journey of a middle-class Dehradun family, telling a moving story that is universal yet personal to everyone who strives to create their own houses. Home Shanti is a light-hearted film that examines the bond between parents and children and how it grows stronger amid adversity.

Akshay Asthana, Aakanksha Dua, Nidhi Bisht, Mayank Pandey, Nikhil Sachan, and Saurabh Khanna wrote the script. On May 6th, the series will be available on OTT.