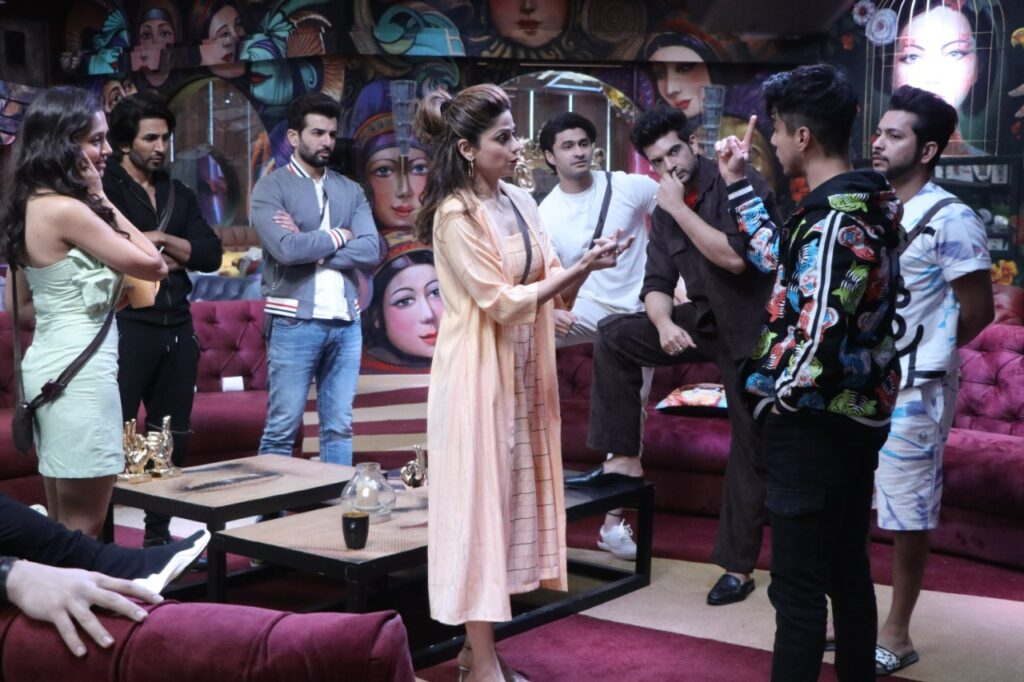 Mumbai : This week the Bigg Boss house is without its Captain. They are on the lookout for a contestant who can lead the way! In the previous episode, we saw how no contender could win the captaincy task amidst the chaos. However, the house has given them one more chance to bag the captaincy. They have been given a new challenge. Whoever completes IT will emerge as the new leader of the pack!

In this task, the contestants have to come up with two names who are fit to become the Captain. But these names will be selected only with a unanimous consensus. Now all contestants are adamant about becoming the Captain themselves. “We’ve waited for this day! Ab jab mauka mila hai, hum chaahenge hum mein se koi jeete yaar!” Jay points this out to Nishant. While the rest somehow agree with this thought, Pratik refuses to remove himself from this competition. He is determined to win this quest, and he is prepared to let this task go in vain. “Yeh task tu akela radd karwa raha hai!” Karan tears into Pratik. But the latter gives a nonchalant response, “I don’t care!” Will Bigg Boss be able to find its Captain from this task? Only time will tell.

Meanwhile, Rajiv and Ieshaan continue to lock horns over their argument in the previous episodes. Ieshaan believes that Rajiv has ruined his image on television, and he does not want to be friends with him inside the house. Although Rajiv accepts that he may not have used the right words, but he believes in the message he is trying to send out. On the other hand, Tejasswi and Karan’s romance starts blooming! Tejasswi puts on a beautiful dress before Karan arrives on the spot. She wastes no time in fishing for compliments as she demands, “Tareef kar!” As the couple has a romantic moment with each other, their housemates start teasing them by singing romantic songs in the background. Karan feels shy and asks them to stop it!

To keep up with the madness watch ‘BIGG BOSS’, presented by TRESemmé, powered by Knorr and Dabur Dantrakshak Monday to Friday at 10.30pm and Saturday-Sunday at 9.30pm only on COLORS!