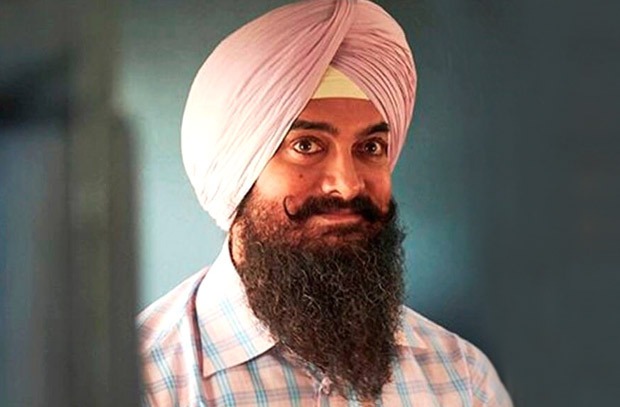 Mumbai, Aamir Khan finally revealed his ‘Kahani’ on Thursday, after making the audience go crazy with his curiosity-inducing videos.

The first song from his upcoming film ‘Laal Singh Chaddha,’ in which he co-stars with Kareena Kapoor Khan, is titled ‘Kahani.’

Pritam is the sole composer for the complete album of ‘Laal Singh Chaddha,’ with lyrics written by Amitabh Bhattacharya. The song was sung by Mohan Kannan and was composed by Pritam. The song captures the essence of the film and, in essence, introduces the viewer to it.

Talking about the same, Aamir said, “I truly believe that the songs in ‘Laal Singh Chaddha’ are the soul of the film and this album has some of my career’s best songs. It was a very intentional decision to put Pritam, Amitabh, the singers, and technicians in the spotlight because not only do they deserve to be center stage but also the music deserves its due credit. I can’t wait to see how audiences react to the music that the team has poured their heart and soul into.”

Commenting on the occasion, Pritam added, “Aamir Khan is a hero both onscreen and off it. He understands that music needs to be under the spotlight at times and has allowed it to take center stage in his films. It’s the most fantastic and satisfying experience working with him on his films.”

“‘Kahani,’ or the ‘feather song,’ as it’s referred to internally, is a beautiful composition by Pritam and is written by the incomparable Amitabh Bhattacharya, and as soon as I entered Pritam’s studio to sing it, everyone told me just how excited they were about this song and the way it had turned out,” said Mohan Mannan, the singer of “Kahani.”

He went on to say that he is “overjoyed” to have contributed his voice to the song and that he “can’t wait for everyone to hear it.”

Amitabh Bhattacharya, the lyricist behind such blockbusters as ‘Channa Mereya,’ ‘Kalank,’ ‘Saawre,’ Haanikarak Bapu,’ and others, said, “I tried my hardest to capture the spirit of the film in the lyrics of this song. It was a wonderful experience, and I’m thrilled that the release of this song will be a new one for all of us.”

Advait expressed his enthusiasm for the ‘Kahani’ song by saying, “‘Kahani’ is my all-time favorite song. I used to listen to this song whenever I was nervous during a shoot. It’s an excellent start to our film. The melody of Dada, the lyrics of Amitabh, and the voice of Mohan transport us to the universe of ‘Laal Singh Chaddha.’ “..

‘Laal Singh Chaddha’, produced by Aamir Khan, Kiran Rao, and a production house, is all set to release on August 11, 2022, in theatres worldwide.