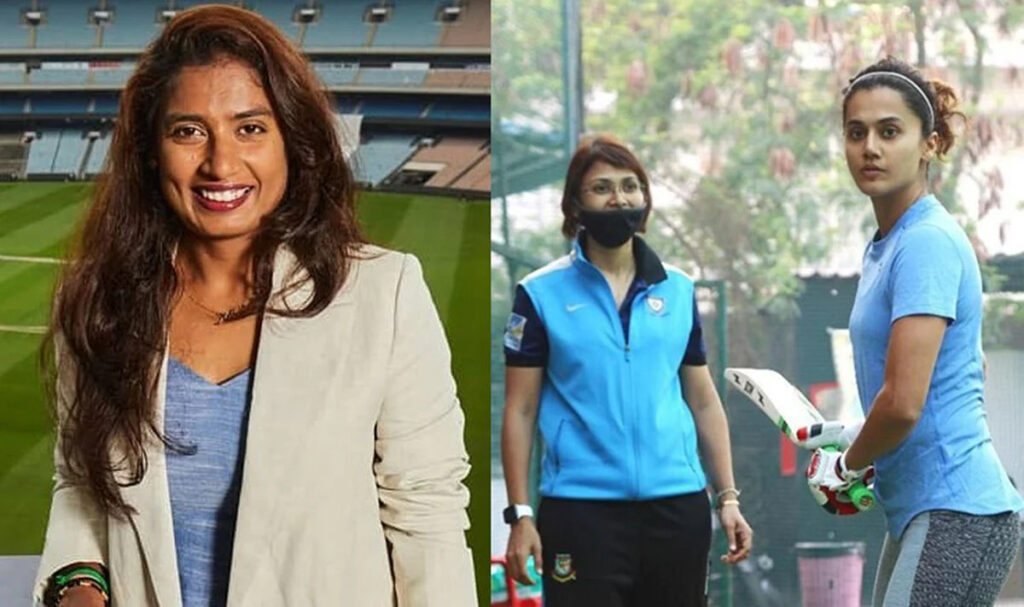 Mumbai : For Taapsee Pannu, who will be seen essaying the role of former captain of the womens cricket team, Mithali Raj, in the upcoming biopic �Shabaash Mithu, it was a huge challenge to step into the shoes of the towering sports personality.

Elaborating on the same, the actress said, “It was the biggest challenge thrown at me to play Mithali on-screen as I’m anything but her, in terms of demeanour. I took notice of her from her journey beyond cricket.”

The film depicts the journey of Mithali Raj becoming a legendary cricketer and an inspiration to billions of people across the world. Mithali changed the game in her classic graceful style, leaving gender agnostics aside in a field where presence of women is usually frowned upon.

Speaking of the first impression that she had of Taapsee, Mithali said, “When the movie was announced, I first met Taapsee in Bengaluru. I found her exactly opposite of me – chirpy with a lot of energy and there I was quiet, trying to gaze and understand her.”

Taapsee also believes that even though she and Mithali share extremely opposite personalities, they have similar ideologies and that helped them get along really well.

Directed by Srijit Mukherji and produced by Viacom18 Studios, ‘Shabaash Mithu’ will hit the screens on July 15.