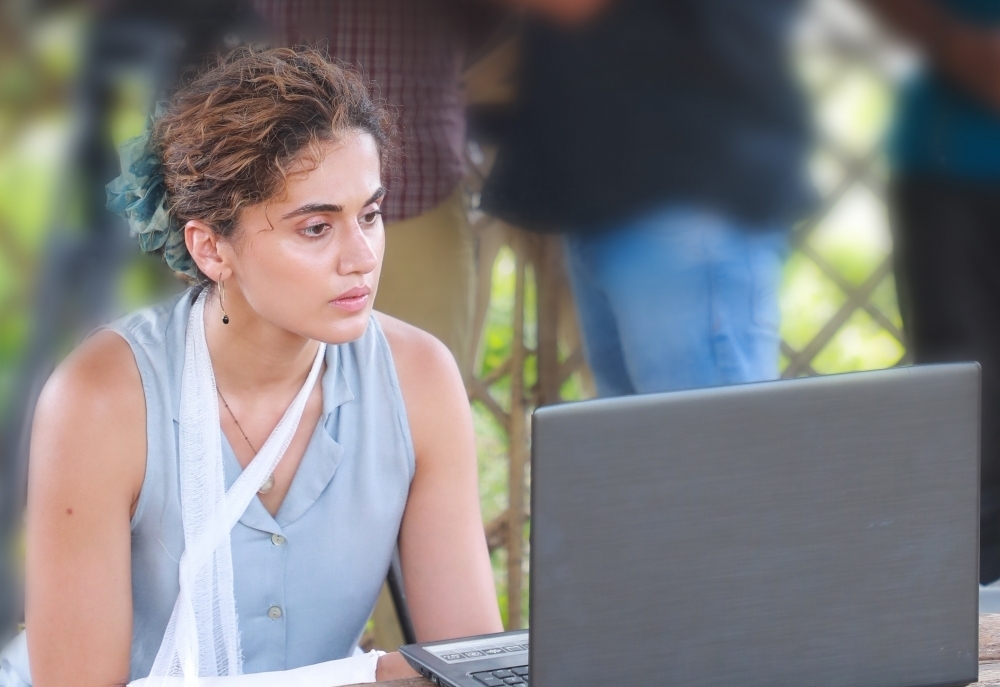 Mumbai, Taapsee Pannu has been signed up for a Telugu film titled “Mishan Impossible”. The actress says she wants to reaffirm the trust the audience has in her for choosing quality.

“In last seven years I have always been on a lookout to be part of the stories I want to see myself as an audience, movies that I will spend my time and money on. And ‘Mishan Impossible’ is one of them,” Taapsee said.

She added: “I want to reaffirm the trust the audience has in me for choosing quality films and I’m doing exactly that by becoming a part of a movie like this.”

Taapsee joined the team of the film today. Welcoming the actress on to the sets, the makers released a working still where the actress can be seen with a broken hand. She looks anxious, as she watches something on the laptop.

Niranjan Reddy and Anvesh Reddy produce the film, while N M Pasha is the associate producer. The film has cinematography handled by Deepak Yeragara and music scored by Mark K. Robin. Ravi Teja Girijala is the editor.