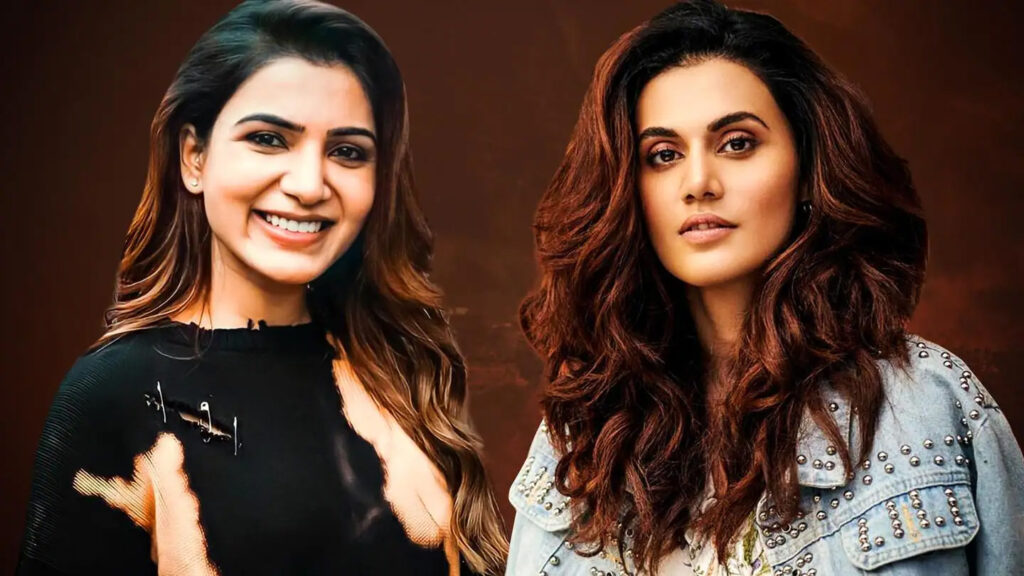 Mumbai: Taapsee Pannu is now promoting Shabaash Mithu, her forthcoming flick. The actress will portray Indian cricketer Mithali Raj in the film. Shabaash Mithu, directed by Srijit Mukherji, is based on the life of Mithali Raj. Taapsee has been speaking about her forthcoming ventures, including the producing company, during the film’s promotion. Taapsee stated in a recent interview that she is producing a film starring Samantha Ruth Prabhu in the major role.

Taappse Pannu revealed that she will be working with Samantha Ruth Prabhu, and an official announcement will be made shortly, “There is something that we are working together on. We will announce what it is very soon. But yes, we are working on something together. I will be producing it. If there is a part in it that I can do, then I would, but she (Samantha Ruth Prabhu) is going to be leading it. There is a different kind of excitement,” Taapsee told a news portal.

The actress also discussed her producing company, “When I see the everyday call sheet, everyday pictures and videos from the location, there is a different childlike excitement in me to see that happening. It feels like how you feel, it’s your baby kind of a feeling, it feels like that only. So it’s a different kind of excitement when I assess Dhak Dhak,” she added.

Shabaash Mithu, a film starring Taaapsee Pannu, will be released in theatres on July 15, 2022. Taapsee will be featured in Dobaaraa with Pavail Gulati, with whom she collaborated on Thappad. The actress is also working on Blurr alongside Gulshan Devaiah. Aside from the aforementioned films, Taapsee will co-star with Pratik Gandhi in Woh Ladki Hai Kahaan.