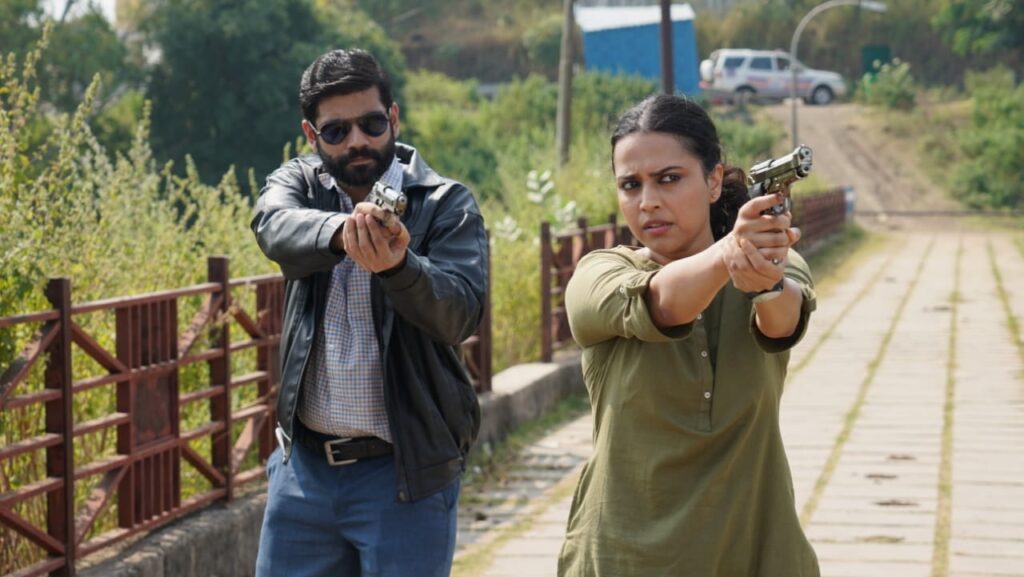 Mumbai : Actress Swara Bhasker will soon be seen playing an investigative officer in the film ‘Mimamsa’. The actress says that she is often offered action-packed, strong characters.

Swara, also played a cop in the web series ‘Flesh 2’.

“I get offered a lot of ‘tough’ strong woman parts. I think it’s always interesting to play the character in a way where in places you play it against the writing. So, find the moment where you can show the resilience of a shy and meek character; or the vulnerability of a strong character. I think ‘Mimamsa’ gave me a few such worthy moments,” Swara .

Swara’s character, Adhira Dixit, in the film deals with the mind of a serial killer. To understand the psychology of criminal minds better, the actress met with clinical psychologists to ask questions about how a criminal mind functions.

“More than understanding criminal psychology I was interested in understanding what must happen to the psyche of cops and law enforcement – they are human after all,” she says.

The actress adds: “What does constant exposure to crime and brutality do to their mindset. What kind of coping mechanism do people adopt? What does that defence mechanism do to their personality? I tried to build my character from those insights.”