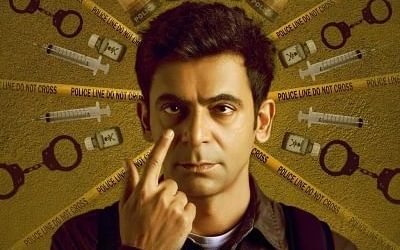 Mumbai, Actor-comedian Sunil Grover says the first look poster of his upcoming crime comedy show “Sunflower” is all about defining the quirks about his character.

Sunil plays Sonu in the show and, though not much is revealed about his character yet, the poster has the actor pointing at a squint eye.

“The poster builds a lot of intrigue around the plot as well as my character. I play Sonu in the show and if you had to describe his quirks creatively, this poster would be the perfect answer! Wait till you get introduced to all the other characters as well,” said Sunil.

The cast is joined by Ashish Kaushal as Raj Kapoor, Shonali Nagrani as Mrs. Raj Kapoor and Saloni Khanna, amongst others. The series tells the story of a middle-class housing society in Mumbai called Sunflower, which houses quirky characters.

Produced by Reliance Entertainment and Good Co., the series is written by Vikas Bahl and co-directed by Rahul Sengupta and Vikas Bahl.

The show streams from June 11 on Zee5.