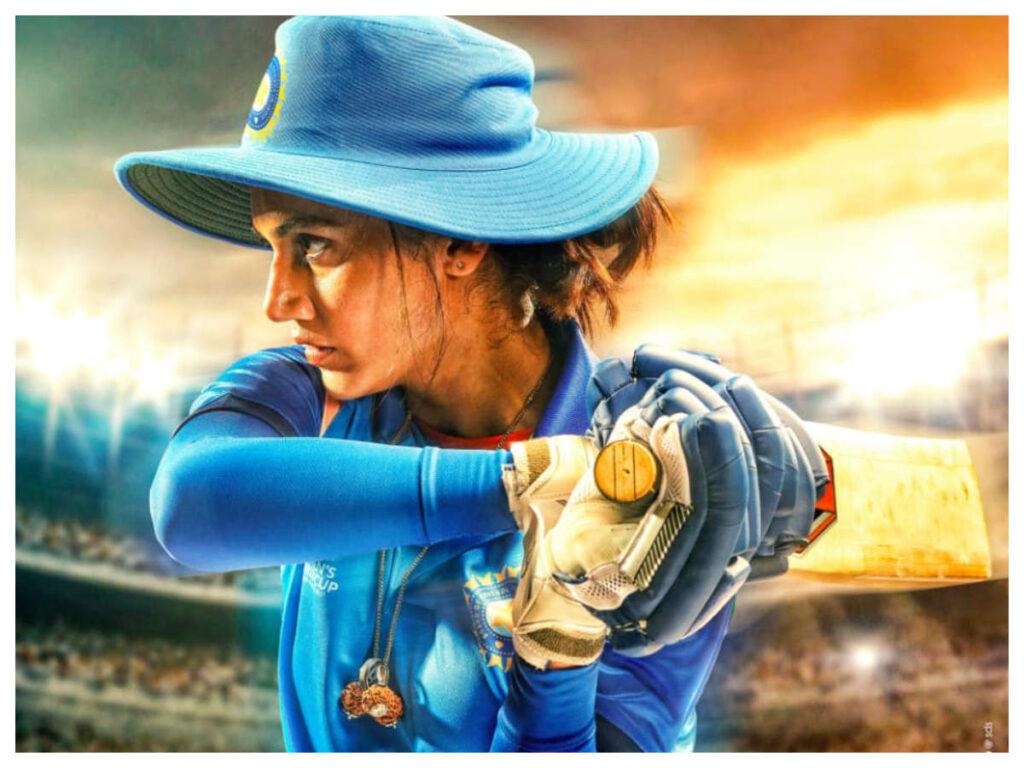 Mumbai, One of the most anticipated films of 2022, Shabaash Mithu with Taapsee Pannu in the lead role, will now be directed by Srijit Mukherji. The film is based on the life of the captain of the Indian Women’s ODI cricket team – Mithali Raj.

Speaking about the change of guard, Ajit Andhare, COO, Viacom18 Studios said, “Covid disruptions have required rescheduling of shoot and as a result Rahul is moving on from Shabaash Mithu. It’s unfortunate that after sharing and nurturing this dream for a long time Rahul has to part ways. His contribution will remain, I thank him for that and wish him the very best. Srijit Mukherjee will now take over the director’s mantle. Srijit has worked with us closely on Ray and our plans of making a cricket film together will now come to fruition. I am sure he will bring all his passion and craft to this dream film.”

Multiple National Award-Winning Director – Srijit Mukherji is known for directing cinematic masterpieces such as Jaatishwar, Chotushkone, Ek Je Chhilo Raja, Gumnami as well as Forget Me Not and Bahrupiya in the upcoming web-series Ray. Speaking about his next directorial venture Shabaash Mithu, Srijit Mukherji said, “Being a cricket buff and researcher, Mithali’s tale has always been an inspiration to me. I was excited since I had first heard of this film being made and now that I am a part of it I look forward to kickstart the journey to bring this exhilarating story to the silver screen soon.”

Even though Dholakia couldn’t continue with the project owing to change in schedules amidst the pandemic, he still remains very fond of the script and the team. Rahul Dholakia said, “There are some films which you know you have to do. Shabaash Mithu was that film. Covid messed up everyone’s schedules, mine was no different. Unfortunately, I won’t be directing the fabulous script written by Priya Aven and conceived by Ajit Andhare on the life of the legendary cricketer Mithali Raj. The passion of a studio head like Ajit Andhare who sat with us on all discussions- in covid, in lockdowns; at all times, the passion of a writer like Priya who worked very hard to strike the balance between emotion and cricket is commendable. Taapsee’s passion to immerse herself in the character made it a delight to work with her. Ajit has a vision and a plan for the film and the way to release it. I wish him and the team the very best for it.”

Shabaash Mithu is the tale of one of the world’s greatest woman cricketer, Mithali Raj and chronicles the highs and lows, setbacks and moments of euphoria of Mithali’s life with Taapsee Pannu essaying the titular role.

About Viacom18 Studios
Viacom18 Studios is India’s finest fully integrated motion pictures studio that has emerged as a force to reckon with by delivering a stream of critically and commercially successful films. Offering differentiated and meaningful cinema, some of its iconic releases include Andhadhun (2018), Padmaavat (2018), Toilet– Ek Prem Katha (2017), Lucknow Central (2017), Drishyam (2015), Gabbar is Back (2015), Margarita with a Straw (2015), Manjhi – The Mountain Man (2015), Mary Kom (2014), Queen (2014), Bhaag Milkha Bhaag (2013), Madras Café (2013), to name a few. Viacom18 Studios is also one of the few studios to have successfully ventured into regional films across languages like Bengali, Marathi, Punjabi and from the South. The Studio has also backed path-breaking and much-appreciated creative work in the form of hits like Bombay Talkies, Gangs of Wasseypur I and II, OMG – Oh My God! amongst others.
The strategic alliance with Paramount Pictures to market and distribute PPI line-up in the Indian sub-continent has seen blockbusters like Mission Impossible: The Fallout, Transformers: The Last Knight, Baywatch, xXx: Return of Xander Cage, A Quiet Place.

About Viacom18:
Viacom18 Media Pvt. Ltd. is one of India’s fastest growing entertainment networks and a house of iconic brands that offers multi-platform, multi-generational and multicultural brand experiences. A joint venture of Network18, which owns 51%, and ViacomCBS, with a 49% stake, Viacom18 defines entertainment in India by touching the lives of people through its properties on air, online, on ground, in shop and through cinema.