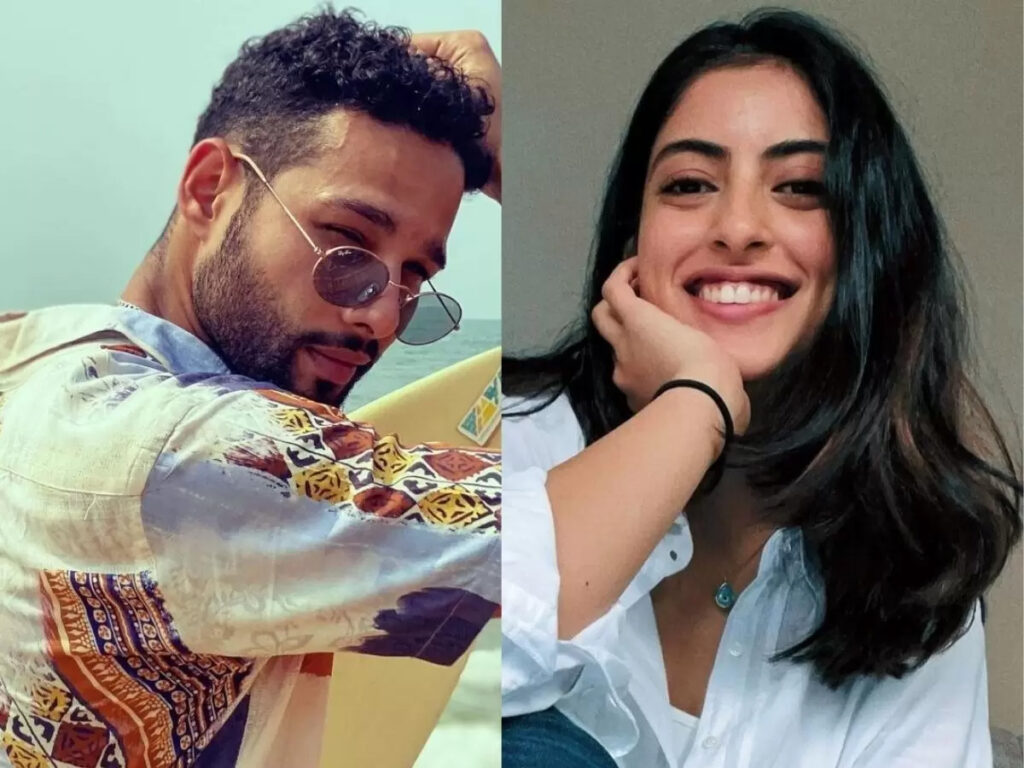 Mumbai: Bollywood actor Siddhant Chaturvedi who won our hearts with this stellar performance in Gehraiyaan and Gully Boy is an avid social media user.
The actor, through his posts, keeps his fans and followers updated about his personal and professional life.

On Saturday, Siddhant posted a video of himself where he was seen getting ready in his vanity van. The clip opened with his team member making him wear a silver chain. Sharing the video, the Gully boy actor captioned the post as, “Her Noodles”.

Replying to the post, Ishaan Khatter asked the question on everyone’s mind and wrote, “Who dis mystery woman?”
His reference to ‘noodles’ has left everyone wondering if it has a connection with Navya.

Apart from his Phone Bhoot co-star, netizens also commented on Siddhant’s referring to the ‘noodles’ of their post.

For the uninitiated, Navya had shared a post wherein she was posing with cuppa noodles. In the caption, she wrote, “Made some noodles today”.

To note, the reports about Siddhant and Navya dating have been doing rounds on the internet for quite some time.

The two even grabbed attention when pictures and videos of the two spending time with each other at the Karan Johar’s birthday bash went viral. Although they arrived separately, these videos suggest that they had a good time at the party.

On the work front, Navya is busy managing her business and has no plans to foray into acting. While Siddhant is gearing up for Gurmeet Singh’s horror-comedy Phone Bhoot starring Katrina Kaif and Ishaan Khatter alongside him.