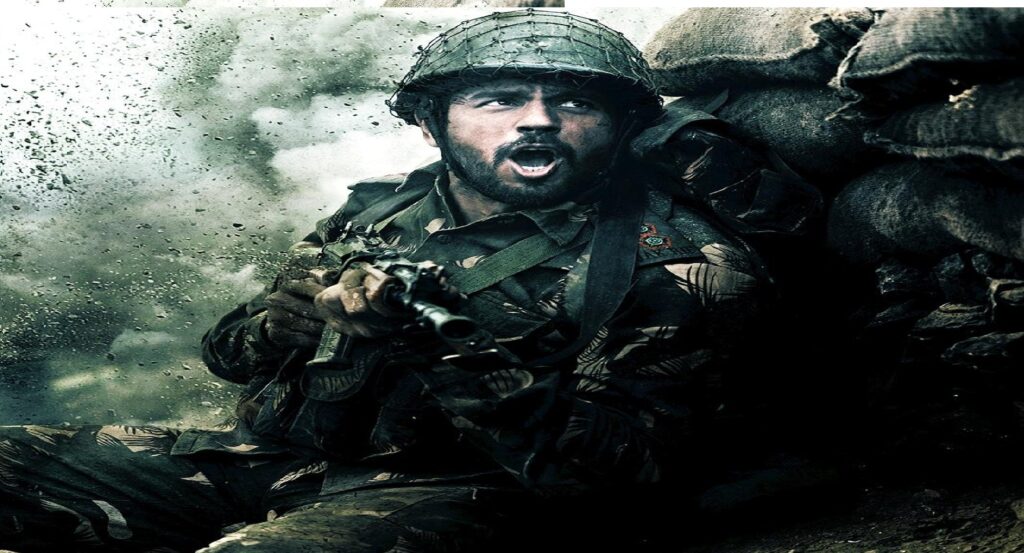 Dras (Ladakh): Chief of Defence Staff General Bipin Rawat made a remarkable observation at the “Shershaah” trailer launch here on the eve of Kargil Vijay Diwas, observed every year on July 26.

Param Vir Chakra recipient and Kargil war hero Captain Vikram Batra, whose life story “Shershaah” narrates on the Bollywood screen, was 22 when he joined the forces, and this year marks 22 years of the Kargil war, noted General Rawat on Sunday night.

“We are happy that a film has been made on Captain Vikram Batra’s life at this point of time. We hope many more such films will be made on the bravehearts of India,” added General Rawat, who was chief guest at the event.

The night at Dras saw real and reel heroes in attendance as the lead cast, producers and director of the film shared the stage with General Rawat, Commanding-in-Chief Northern Command General Y.K. Joshi and Captain Batra’s brother Vishal Batra.

The star cast, Sidharth Malhotra and Kiara Advani, talked of being fortunate to get a chance to work in a film that narrated such an honourable life story. Director Vishnuvardhan was present, too, along with producers Karan Johar, Apoorva Mehta and Shabbir Boxwala, and Vijay Subramaniam of Amazon Prime, the OTT channel that will stream the film on August 12. Each of them thanked the Army and the Batra family for making this film possible.

As the Ladakh Scouts Military Band played with gusto, and school children and a local orchestra group set the tone with patriotic rhythms and tunes, the mood was set to celebrate the most important event in India’s contemporary military history.

The 527 brave soldiers who laid down their lives in the Kargil War were saluted, and families of the brave bereaved felicitated.

The trailer launch was the highlight of the evening, preceded by a short “Kargil Tribute” featurette, remembering the valour of Captain Batra, and also acknowledging General Joshi and the Indian Army.

The late evening function saw Karan Johar host a chunk of the proceedings, with the “Shershaah” launch occupying most of the proceedings. One by one, he invited on stage and introduced his film’s cast and crew, as well as the military top brass present.

Sidharth, who essays Captain Vikram Batra, spoke of how the experience of working on the project was more than shooting a film.

“This is a story of a true hero, like all of you,” said Sidharth, addressing the army personnel gathered among the select audience. “I consider myself lucky to be able to bring alive the story of a real-life hero like all of you on screen. This is my first picture based on a true story and the experience has been more than a film to me,” added the actor, speaking in Hindi.

His co-star Kiara Advani had a confession to make. “I stand before the Indian Army for the first time and I am nervous,” she said, thanking the Batra family and also Dimple Cheema , Captain Batra’s fiancee.

It was a charged evening, high on the patriotic emotion, accentuated perhaps by the pristine open-air valley venue, ensconced in the midst of looming peaks. This was the serenity the Indian Army had fought to protected in 1999, and it was the fervour “Shershaah” the film will attempt to bring alive.

For the film, Vishal Batra’s line surely summed it up: “It was a dream that took birth in 2015,” he said, recalling how the Indian Army had readily helped, and adding that Johar’s Dharma Production had done “a fantastic job”.

“My hope is this film inspires the youth to join the forces,” Vishal Batra said.