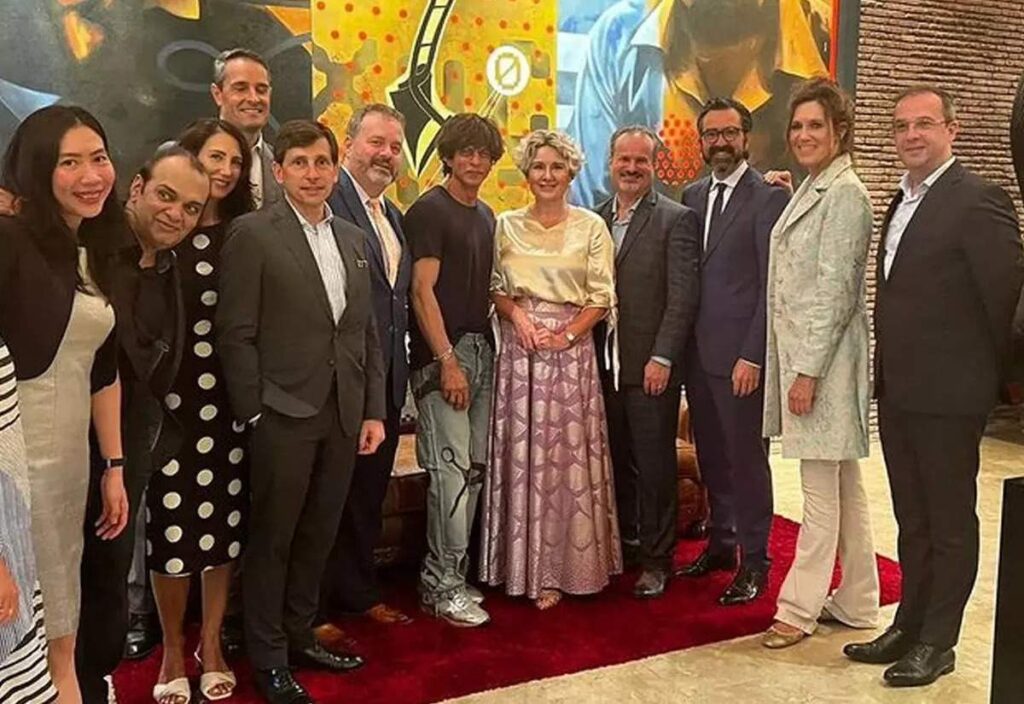 Mumbai, Since a long time, Shah Rukh Khan has been occupied with his professional obligations. On the occasion of Eid 2022, SRK gave a glimpse of himself to his admirers. The internet is buzzing with photographs of Shah Rukh Khan from his intimate supper at Mannat. At his residence in Mannat, SRK hosted some diplomats.

The Pathaan star is seen posing for pictures, in photos released on social media. He is photographed with some diplomats in a group photo. SRK is captured flashing a beautiful smile. In images from his residence, Shah Rukh looks dashing.

Shah Rukh is wearing a dark blue shirt in the images. His plain tee is combined with blue-washed pants. The actor looks classy with his wrist accessories. SRK has a new look, and his long locks from Pathaan are no longer visible.

One of the diplomats took to Twitter to post the images and praised King Khan.“I understand the charm that King Khan @iamsrk has on audiences across the.Thank You Shukriya @iamsrk & @gaurikhan for your warm welcome. I look fwd to further strengthen ties & new co-production opportunities between Bollywood and the (Canada flag) Film Industry. (sic)” Diedrah Kelly wrote.

Alan Gemmel tweeted photographs of Shah Rukh with the tag, “Thank you @iamsrk for meeting tonight – and for so many great movies! Great to talk about filming Kuch Kuch Hota Hai in Scotland (and am very, very happy @EdinburghUni awarded you an honorary doctorate !!!). (sic)”

Meanwhile, SRK posted images from his Eid outing to his social media account.

On the work front, King Khan is appearing alongside Deepika Padukone and John Abraham in the film Pathaan. He also has Rajkumar Hirani’s film Dunki, which also stars Taapsee Pannu. 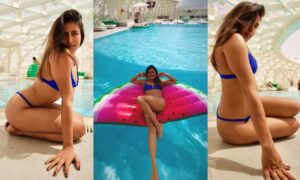