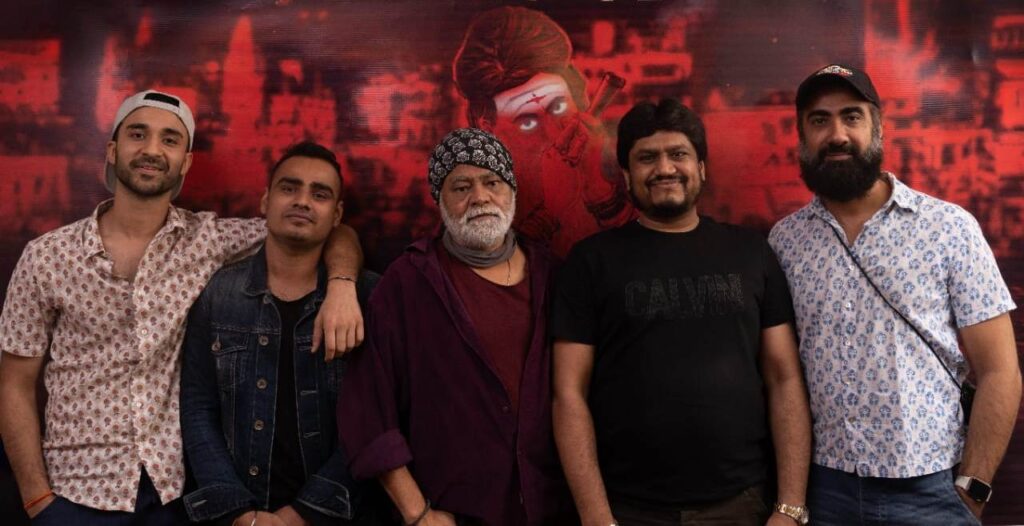 This film renders a slice of life which showcases the fundamental darknesses that one hides which is living within every individual. It depicts how all the 4 characters in the film enjoy, accept and celebrate their struggles and try to live with it in a better way.

Stating about the whole idea of writing this film Ravi singh added, “The film consists of 4 stories and I got inspiration from my surroundings through observation. So these are not imaginary characters and are adapted from real lives. I just gave words to the them. It’s a story that resides in every family, city, village, etc. It’s a story of common people like us.”

Ravi singh is elated to work with such fabulous actors and shares, “Sanjay Mishra, Ranvir Shorey and Raghav Juyal are all great actors with amazing acting, great comic timing and fabulous performances. I’m very humbled and happy to work with them as they always provided that comfort space for me. So I’m really looking forward to create a great Hasal journey with them.”

He continues,”The producer gave me total creative freedom in all the aspects. I’m happy that I’m creating it in my way and he has been always supportive of my decision. It feels grateful when your producer shows that trust in your art.”

Producer Jayesh Patel of Bravo entertainment backed this film as he really liked the set up of the story and on talking about the preparation for the film he said, “Writer-Director Ravi narrated me this story in January this year. I really liked the set-up and treatment of the genre and the story. Then, the cast suited for the role agreed to do it, we just went ahead. Pre-production has been completed. Workshop with the actors has been scheduled for the entire November. And, we will start shooting in the first week of December in Varanasi.”