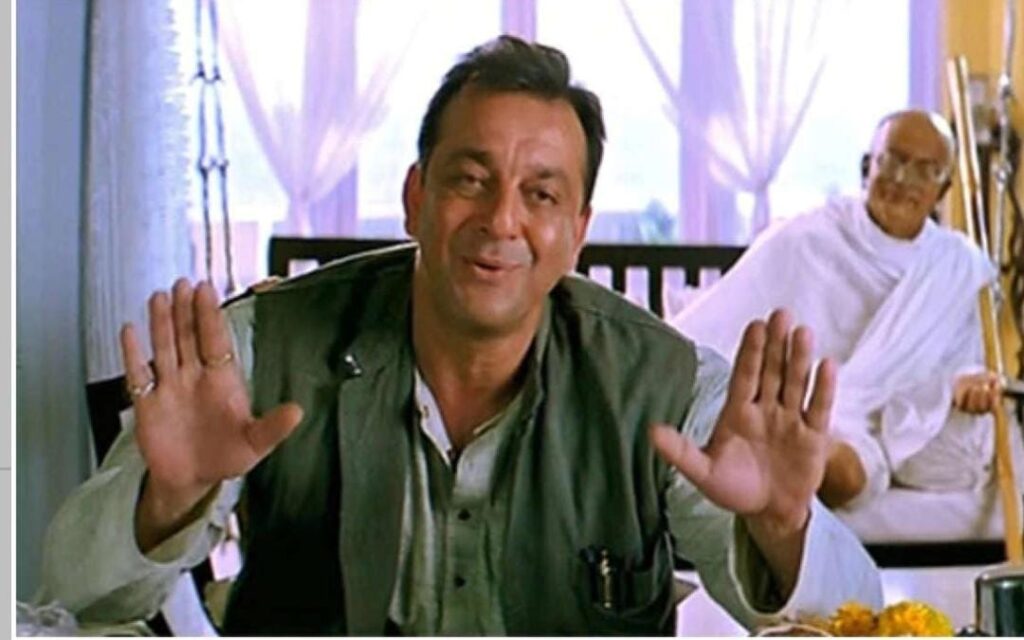 Mumbai : Sanjay Dutt revolutionized Bollywood back in 90s. The actor changed the way an ideal Bollywood actor would look like bringing in the jacked up look and long hair to forefront. Being someone who could shape the industry it was only fair that he acted in great movies and brought to life a ton of iconic characters. One such character Munna Bhai, completes 15 year with the movie Lage Raho Munna Bhai.

A career trajectory changed due to an iconic character named Munna Bhai. Sanjay Dutt furst took the role of Munna Bhai in 2003 film Munna Bhai MBBS. With his performance of the character the role was immortalised in the minds of many and people could not get enough of the Jhappi giving life saving Munna and a second part was made. Lage Raho Munna Bhai today completes 15 years of its release however the roar and wait for a third part is still much audible till date.

Taking on the Munna Bhai role was one of the best decisions taken by Sanjay Dutt although it was his legendary father that told him to do so. The movie became second hit in the series and Sanjay’s image as an comedy actor was sealed with his great performance in the second installment of the series.

Sanjay Dutt has multiple big projects under his belt including the likes of ‘Toolsidas Junior’, ‘Shamshera’ and ‘KGF Chapter 2’.