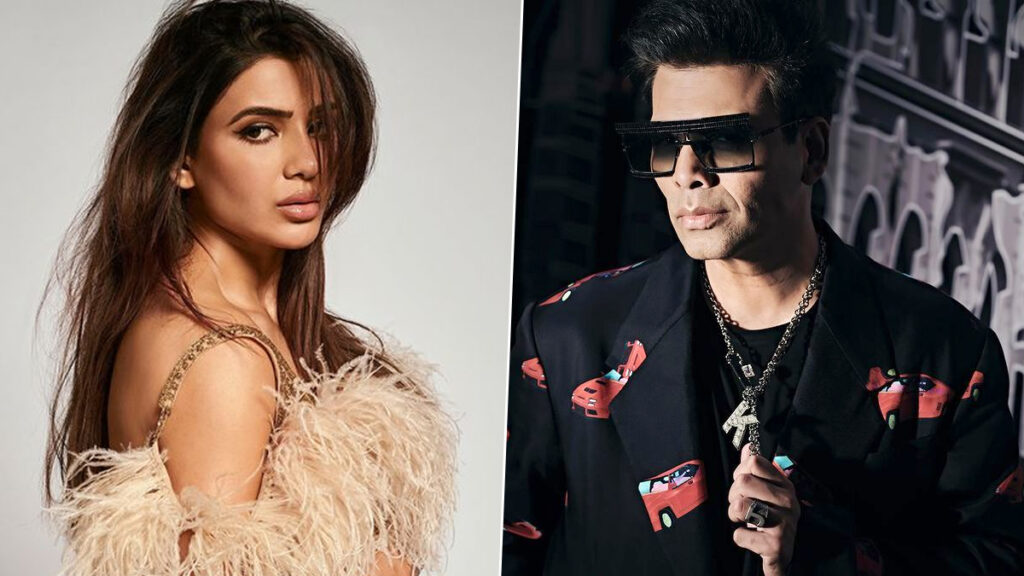 Samantha Ruth Prabhu will appear in Season 7 of Koffee With Karan. The actress will not only make her first appearance on the famed sofa, but it will also be her first national appearance since her divorce from Naga Chaitanya. While fans hoped she would speak openly about her divorce, the Koffee With Karan 7 teaser showed that she will be discussing ‘unhappy marriages.’

In the episode, the Family Man 2 star will be accompanied by Akshay Kumar. Samantha was seen making fun of Karan Johar and blaming him for ‘unhappy marriages’ in the recently released Koffee With Karan 7 teaser. The comment clearly embarrasses the host.

Samantha has yet to speak publicly about Chaitanya or their broken marriage. But it appears like everything is about to change. Samantha and Chaitanya split up in October, for those who are unaware. They had published a joint announcement about their divorce. Samantha deleted all of Chaitanya’s Instagram photos and unfollowed him on the network. Chaitanya is rumoured to be dating Sobhita Dhulipala right now.

Meanwhile, Koffee With Karan 7 seems to be an exciting journey. In a press release announcing KWK 7, Karan stated, “I’m excited to be back with Koffee With Karan, for an all-new season, keeping up the promise of being the personal celebrity hotspot for over 18 years. This will be a season of all-out candor for a galaxy of stars where there are no brakes to pull. If you want to catch the conversations before they become the next day’s headlines, Disney+ Hotstar is your go-to destination every Thursday.”