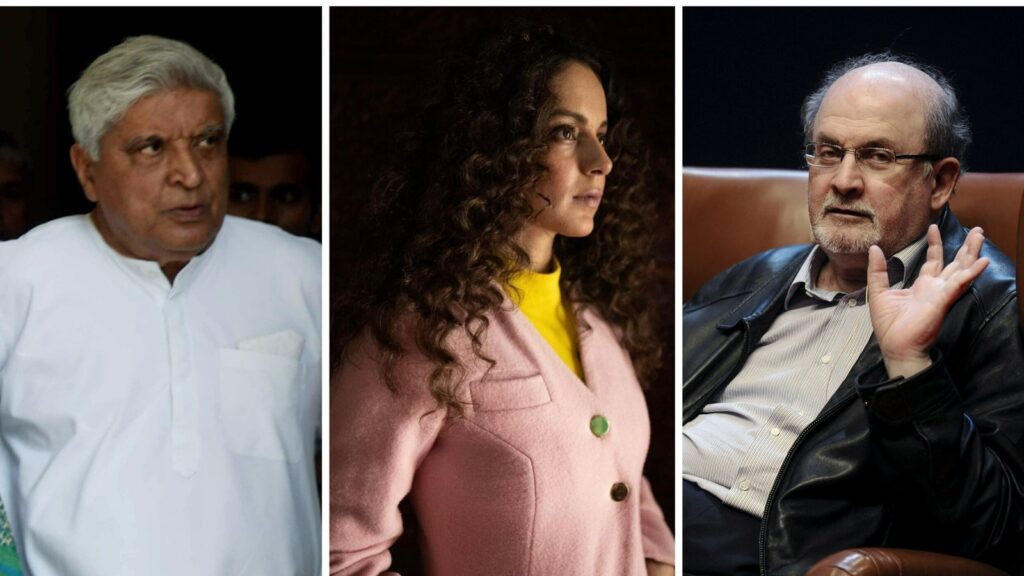 A bloodied Rushdie was airlifted from a field adjacent to the venue to a hospital in northwestern Pennsylvania where the 75-year-old writer underwent surgery.

Reacting to the incident, a host of Bollywood celebrities condemned the assassination of the author.

Kangana Ranaut shared a news article about the attack on her Instagram Stories and penned, “Another day another appalling act by jihadis. The Satanic Verses is one of the greatest book of it’s time… I am shaken beyond words… Appalling.”

Javed Akhtar also condemned the attack. He wrote on Twitter, “I condemn the barbaric attack on Salman Rushdie by some fanatic. I hope that NY police and the court will take the strongest action possible against the attacker.”

His wife, actress Shabana Azmi also condemned the attack saying, “The dastardly attack on #Salman Rushdie is contemptible and condemnable. Hope he recovers soon and the fanatic attacker is given the severest punishment for the heinous crime.”

Swara Bhasker called the incident shameful and tweeted, “Thoughts and prayers for #SalmanRushdie. Shameful, condemnable and dastardly this attack! #SalmanRushdieStabbed.”

Ranvir Shorey retweeted several posts about Salman Rushdie and called the attacker ‘predator’. Reacting to a tweet that read, ‘The crazies have truly taken over the world. They aren’t crazies. They go for the neck. They’re predators”, Ranvir wrote.