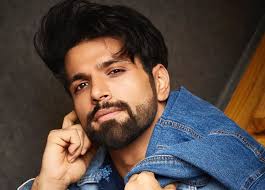 Mumbai, Rithvik Dhanjani says the best part of being an actor is to be able to play different parts. He adds that he wouldn’t want to change anything in the industry as he loves everything about it.

“The best thing is to be able to live multiple lives in front of the camera. That is the most exciting thing. I wouldn’t want to change anything. I have no regrets. Even if i change a single block, I won’t be who I am today,” he .

In fact, the actor says that he has never had any issues with being in the public glare.

“Why must I fear the media glare. They have been kind and supportive and understanding towards my personal and private space. They have never overstepped any boundaries. I don’t fear anything at all,” he says.

Meanwhile, Rithvik, who has shot content for OTT as well, says there is no set rule for any content to do well on any platform.

“The kind of topic which will work or touch the right chord is not set. No formula works. It is all a game of touching the right chord, then whether it’s on TV, OTT, or films, it doesn’t matter. It just has to be well written,” he says.