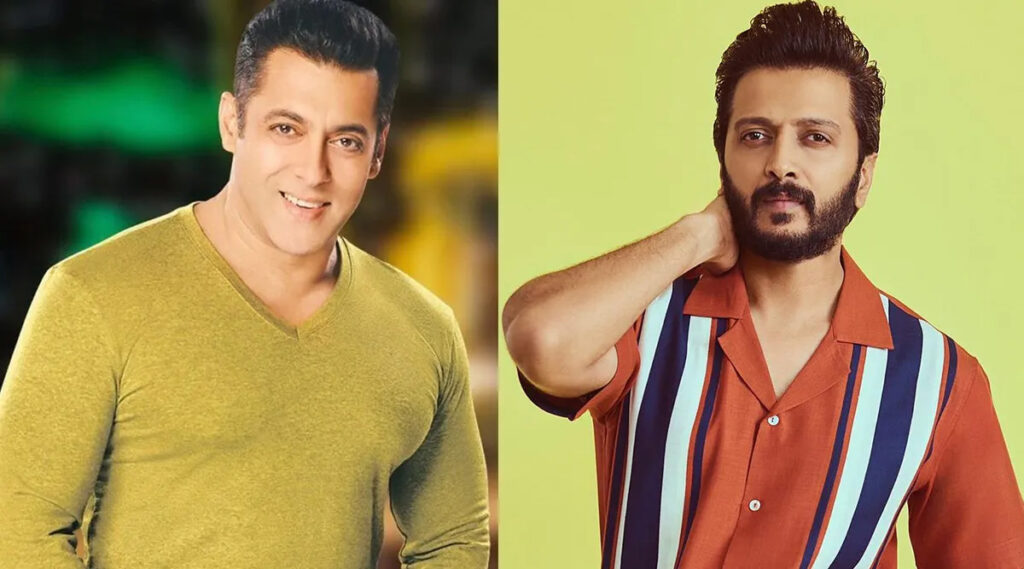 Mumbai: Riteish Deshmukh revealed in 2021 that he will make his directorial debut with the Marathi film Ved. In addition to Riteish, Ved will star his wife, actress Genelia Deshmukh, Jiya Shankar, Ashok Saraf, and Shubhankar Tawde. Now, the Apna Sapna Money Money actor has revealed that Salman Khan would appear in his film as a cameo. Deshmukh conveyed his thanks to Salman and uploaded photos of them from the set of his directorial debut on his social media profile.

Riteish thanked the actor for his support and captioned the photos: “As we celebrate Ashadi Ekadashi, I wish you all a life filled happiness, love and prosperity. On this auspicious day it thrills me to say that with your kind blessings I have completed filming my first directorial Marathi movie ‘वेड’ (Madness, Crazy, Passion). This road had its own challenges but when you are surrounded with people that have your back, forward is the only way you can go.”

Further, he added: “One such person is my dearest ‘Salman Bhau’ @beingsalmankhan, I have no words to express my gratitude for the grace and kindness he has shown towards Genelia and me. He was part of my debut marathi film ‘Lai Bhaari’ and now he is a part of my debut directorial film वेड. Love you Bhau. आता वेडेपणा सुरू !!! लवकरच भेटूया चित्रपटगृहात. Riteish Vilasrao Deshmukh.”

Riteish and Genelia are now filming Mister Mummy, which will be their first film together since Tere Naal Love Ho Gaya in 2012.