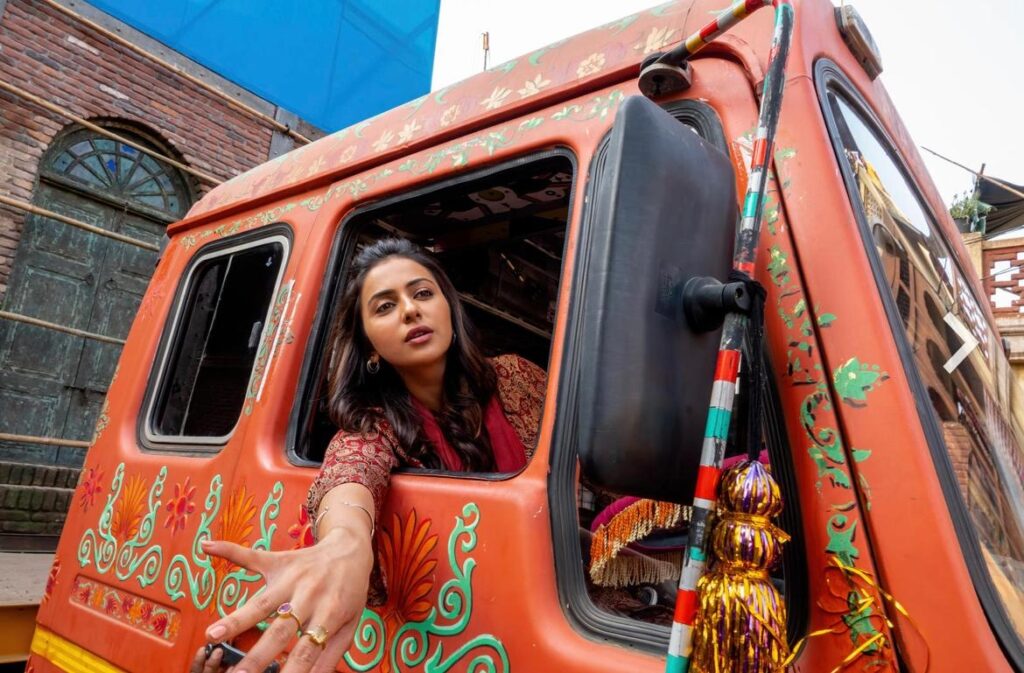 Mumbai, Actress Rakul Preet Singh took to steering a truck on the set of the upcoming film “Sardar Ka Grandson”, and she was quite in the driver’s seat doing the job!

“I personally like driving a lot and the entire process was a lot more fun than one could have imagined. Driving the truck is not easy, but I was able to take it on confidently,” said Rakul.

She added: “We had a truck driver on set to train us how to manoeuvre the big truck, which helped me pull it off. On set, people were surprised with my driving skills! It was like a once in a lifetime experience for me.”

The film is a comedy revolving around a relationship between Amreek Singh (played by Arjun Kapoor) and his grandmother Rupinder Kaur (Neena Gupta), whose idiosyncratic behaviour drives everyone crazy. Rakul plays Radha, a quiet and sensible girl.

The film is scheduled for a Netflix release on May 18.