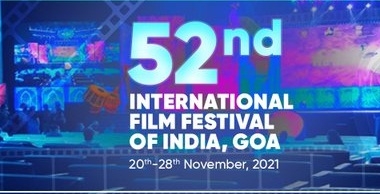 Panaji : Unseasonal rains may cast a shadow over the opening ceremony of the 52nd edition of the International Film Festival of India, but preparations are on full-swing nevertheless, vice chairman of the Entertainment Society of Goa, one of the co-organisers of the event, Subhash Phaldesai said on Friday.

“Preparations are on. Because of the rains, we have not been able to carry out outdoor erection and installations. We are waiting for the last moment to do it. We are just about 18 hours away from the biggest festival,” Phaldesai said.

“We are all set and prepared. Most of the installations are erected. The red carpet has not been laid out yet because of the rains. We hope that the rains will go away soon,” he also said.

The festival, which kicks off from Saturday (November 20) will screen 148 films from 73 countries in the festival’s international section, while the 12 world premieres, 26 Asia premieres will also be screened at the event.

For the first time in the festival’s history OTT platforms like Netflix, Amazon, Zee 5 and Viacom will also be participating in the event.

‘The King of all the World’ (El Rey de Todo El Mundo) directed by Carlos Saura will be the opening film, while ‘The Power of the Dog’ directed by Jane Campion, Winner of Best Director at Venice Film Festival will be the mid-fest film.

The opening feature film of Indian Panorama 2021 is Semkhor directed by Aimee Baruah, which is the first ever film to be made in the Dimasa language to be featured at IFFI.

Cinema giants Martin Scorsese and Istevan Szabo will also be honoured with the first Satyajit Ray Lifetime Achievement Award, even as the festival will also pay homage to Kannada film actor late Puneet Rajkumar as well as Sir Sean Connery.