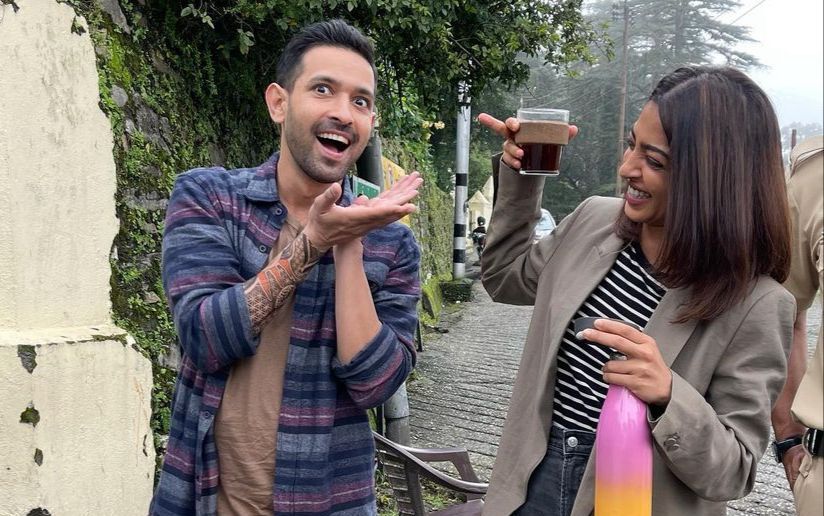 Mumbai : Radhika Apte had been stationed in Mussoorie and Dehardun since 2 months for the shoot of her upcoming film, Forensic opposite Vikrant Massey. The actress has now wrapped her shoot for the film, sharing some adorable BTS pictures from the sets and is now back to Mumbai.

The multi-talented star took to her social media to handle share a goofy picture with her co-star, Vikrant, another fun BTS videos where she could be seen dressed in her charcater’s outfit as a cop and a picture in a black on black outfit as she was out celebrating her shoot wrap.

Radhika kept her fans regularly updated from the beautiful hills of Mussoorie during her 2 month long schedule with fun BTS photos and aesthetic skies of the city. Forensic will see the actress take on the role of a cop, leaving her fans super excited for the same.

The Ok Computer actress also has ‘Mrs. Undercover’ and ‘Monica, O My Darling alongside Rajkummar Rao in the pipeline besides Forensic.