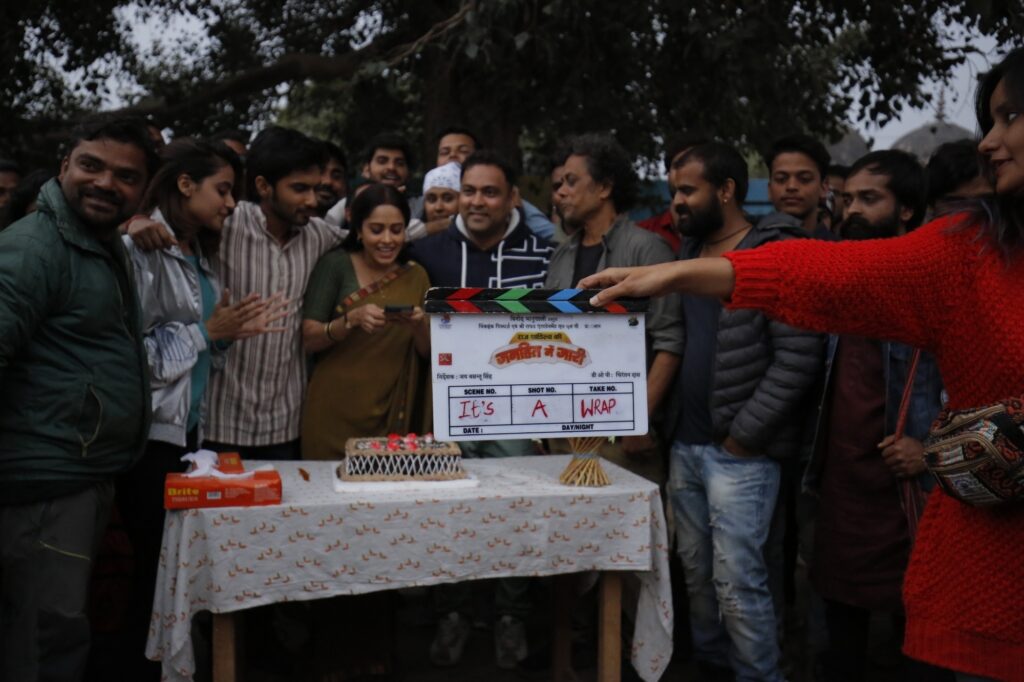 Mumbai : Nushrratt Bharuccha has completed the filming of the film, ‘Janhit Mein Jaari’. The final leg of the film’s schedule took place in Chanderi, MP. The actress took her Instagram and posted about the wrap celebrations in her story.

Apart from Nushrratt Bharuccha, the film’s director Jai Basantu Singh and the crew also shared some fun wrap-up stills and video on their social media handles to celebrate the wrap up of the film, which went of floors in mid-September but had to take an unforeseen break due to Covid.