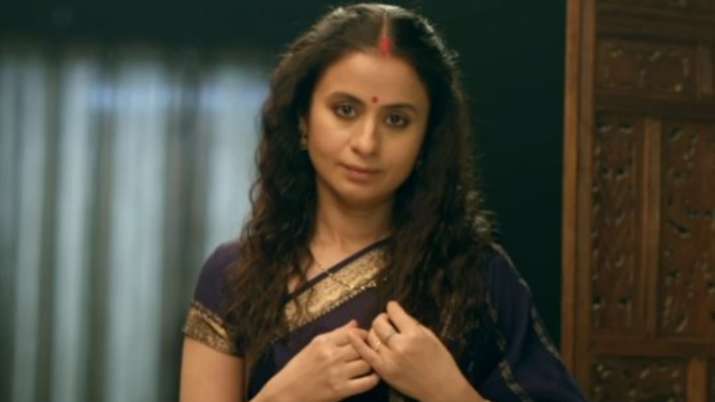 Mumbai : As the web series ‘Mirzapur 2’ wins the ‘Best Series’ at the ongoing Indian Film Festival of Melbourne (IFFM) 2021, actress Rasika Dugal recalls how, post the release of the show everyone told her that it was hard to imagine her in the character of Beena Tripathi.

Rasika Dugal bagged two nominations for her work in the film ‘Lootcase’ and the web series ‘Mirzapur 2’.

Talking about her characters in both the projects, Rasika : “I must say these two women in ‘Lootcase’ and ‘Mirzapur’ are so different. In a way, it was an opportunity for me to be versatile as an actress. Since I am a little introverted, shy and clumsy in real life, which is just the opposite of who Beena Tripathi is, in Mirzapur, nobody could have imagined me as Beena in ‘Mirzapur’. She walks her way and carries herself with a sense of dignity and there is a sense of sensuality in her personality. It was an interesting character because she is firm and fearless. On the other hand, in ‘Lootcase’ which was a comedy, Lata is a simple, God-fearing woman, morally upright and always walks the line. So as an actress for me receiving nominations for both the work was very special.”

Since most of her work, especially cinema be it ‘Qissa’, ‘Tu Hai Mera Sunday’, ‘Hamid’, ‘Manto’ travelled to film festivals and the actress received a lot of accolades, for that Rasika believes that thanks to the OTT platforms, such films are not niche anymore and actresses like her are gaining great visibility.

“It really feels great when our works get viewed by the universal audience. The audience who comes and watch films at the festival are pure cinema lovers. They watch and analyse our work with great detail and they also draw parallels from other international cinemas. That is great. But because of OTT platforms when these films are getting released and viewed by a larger audience on OTT it gives a different sense of satisfaction. Every now and then we get feedback from the audience on social media because someone somewhere watched ‘Mirzapur’, ‘Lootcase’, ‘Manto’ for the first time! Another way for us to know how curious the audience is, when they ask, ‘when is the new season coming?'” shared Rasika.