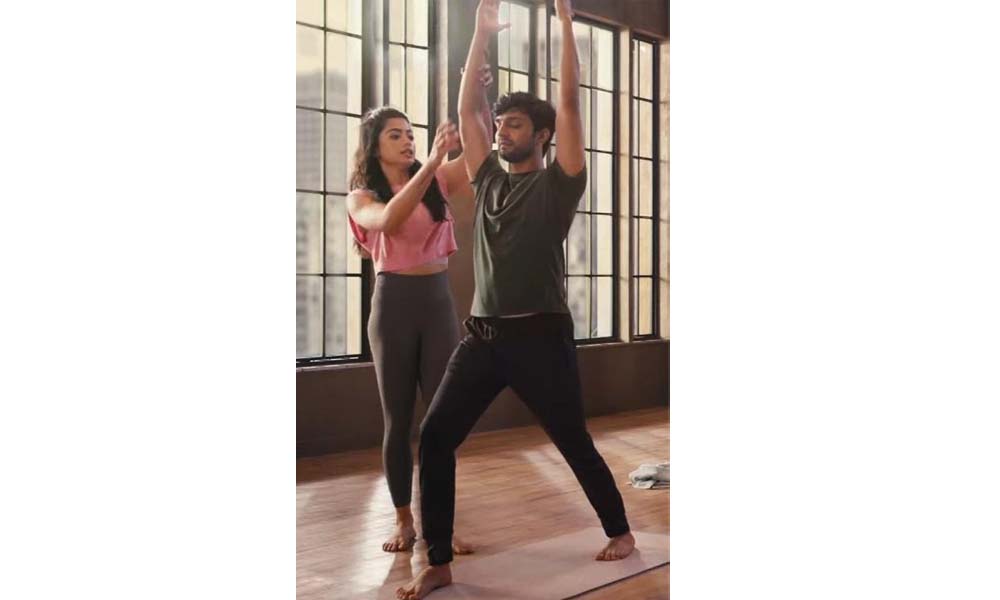 He says: “It was my luck to be in one frame with Rashmika. She is very beautiful and talented actress. And also a very humble human being. Shooting with such celebrated names is always encouraging. I got to learn a lot looking at her professionalism, the way she carries herself even after being famous. It was like I’m meeting someone very genuine. I was inspired. We both shot for upcoming TVC.”

Nikhil known for featuring in television shows like ‘Kashibai Bajirao Balal’, ‘Nima Denzongpa’, ‘Nisha Aur Uske Cousins’ among others feels his struggle is getting credited with time.

He shares: “I’m part of showbiz since 2012 and after the struggle of 10 long years I’m finally getting some credit and recognition. Though Gujarati industry accepted me long back and I got opportunity to entertain my fans. Its time when Hindi industry too is getting kind towards me. I’m finally making my Bollywood debut and digital projects lined up.”

“I personally feel nothing builds our strength like surviving difficulty. Nothing forces us to leverage what we have, dig deep and come up with every ounce of integrity, patience and strength like a hard time,” he adds.

Nikhil will be making his Bollywood debut with the upcoming ‘Heropanti 2’ that stars Tiger Shroff, Tara Sutaria and Nawazuddin Siddiqui.