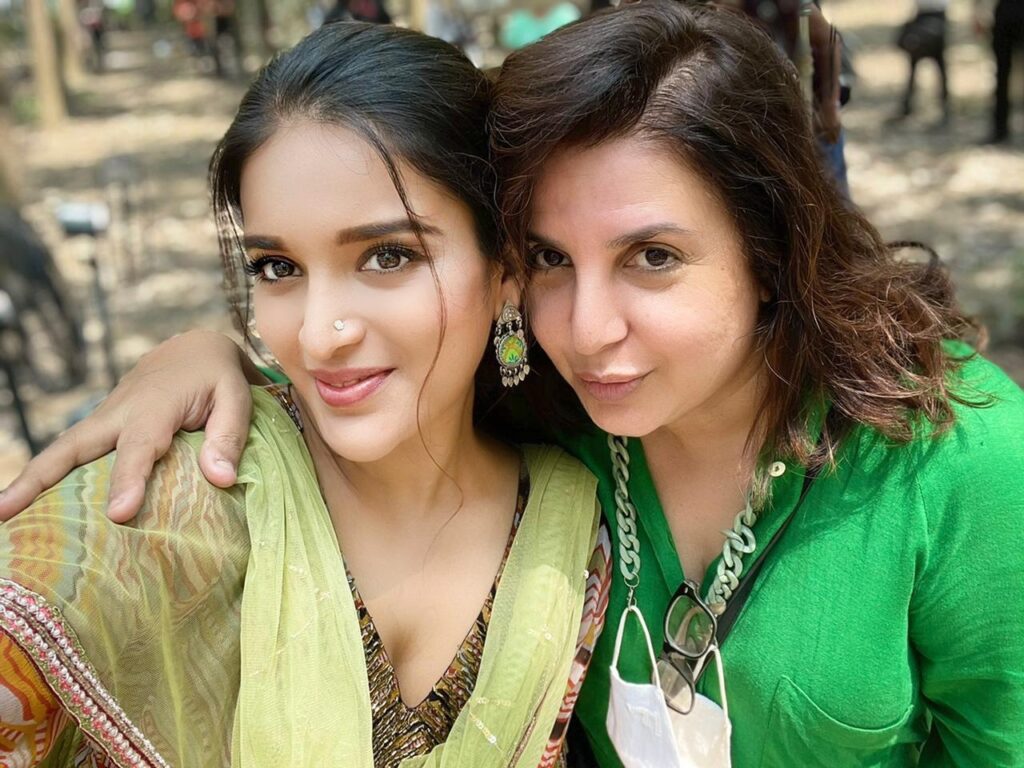 Mumbai,  Actress Nidhhi Agerwal will soon be seen with actor Sonu Sood in a music video, directed by Farah Khan. The actress is thrilled with the opportunity of working with the choreographer-director.

The song is being shot in Punjab and will see Sonu play the character of a farmer becoming a cop.

Sharing her excitement, Nidhhi : “I had a great time shooting for the song with Farah Ma’am and Sonu Sir. It is always a dream for any actor to be choreographed by Farah Khan but I was in for a double treat since she was directing it as well.”

For Nidhhi, being directed by Farah is also very special because it was the latter’s directorial ‘Om Shanti Om’, which nudged the “iShankarSmart” actress in the direction of acting.

“I had a blast while shooting for it, considering I watched ‘Om shanti Om’ and knew I wanted to be an actor! I can’t wait for you all to see it,” says Nidhhi.

On the movie front, Nidhhi will be seen in Pawan Kalyan’s next ‘Hari Hara Veera Malli’, and Udhaynidhi Stalin’s untitled next.