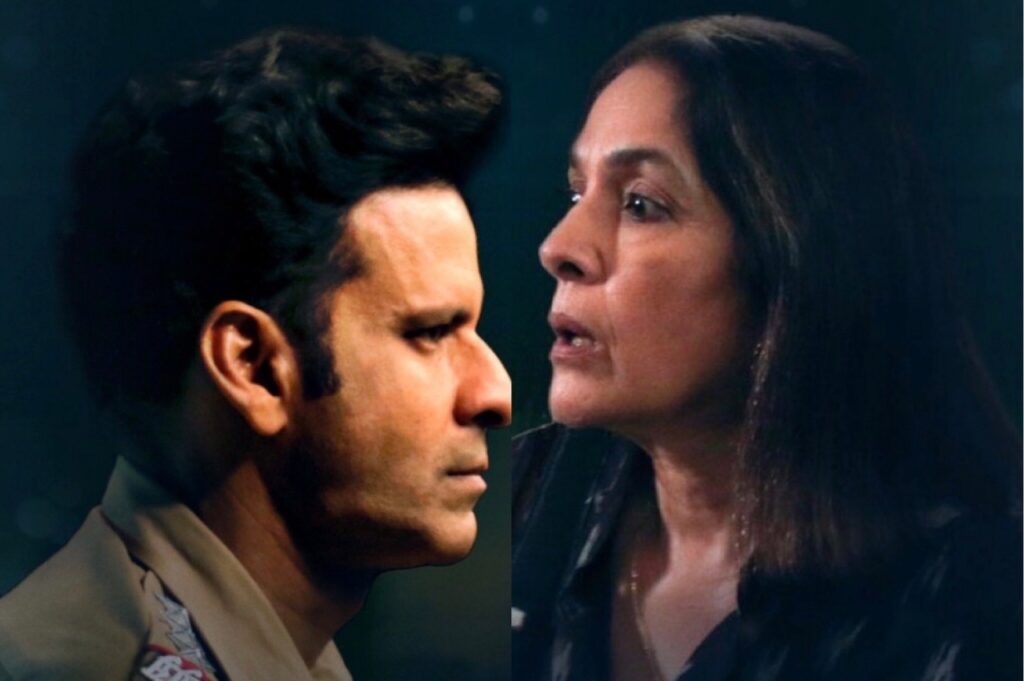 Bajpayee said: “Neena Gupta is our senior and she puts in her own self in each and every role that she does and she plays it from her gut and there is no false note – it is all coming from her own life experiences and that makes it so adorable and impactful.”

Talking about Sakshi, he revealed that he has known the actress for many years.

“Sakshi Tanwar is somebody I know from many years since she was in college and I was a little more experienced in theatre – I have done a play with her when she was in Dramatics society where she played the lead role and I was the director so I know her from that time.”

It is directed by Rensil D’Silva, with whom Manoj worked in the film “Aks”.

“And Rensil D’Silva has written the film “AKS” which is very close to my heart and something that I can never forget. It’s just that – He was a writer there and now I got a chance to work with him under his direction. He is a very soft and mild guy, quite enterprising and observant of human behaviour,” Manoj said.

Added the actor: “He is like a soft teddy bear who is there to listen to you and be with you all the time whenever you need him. He is a very soft-spoken guy and I really enjoy working with him.”

The film will be released on ZEE5 on August 6.