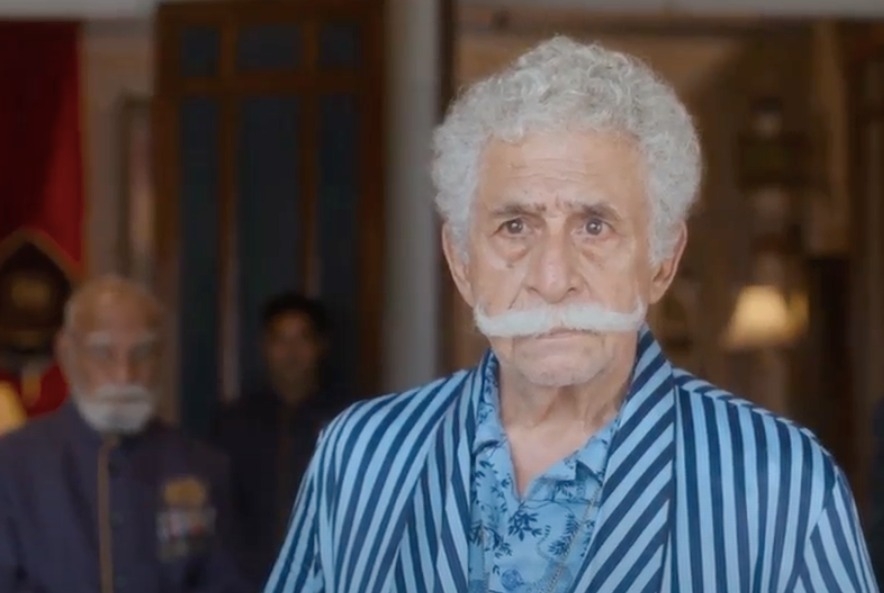 Mumbai : Veteran actor Naseeruddin Shah, who is gearing up for his upcoming web series titled ‘Kaun Banega Shikharwati’, says he gets more interesting offers of roles on OTT platforms rather than in films.

Naseer said, “I am being offered much more interesting work on OTT than in the movies, but since things opened up I have done cameos in several films made by friends. In any case these days it’s either the Rs 5,000 crore monsters or the very tiny films being made in Mumbai and I don’t fit into the former but have done several of the latter which are probably destined to have a very limited audience if they ever see the light of day (the story of my life!).”

Asked about the reason behind taking up this project and Naseer said, “I said ‘yes’ to KBS because I’ve been itching to do comedy and this fell into my lap! What’s probably unique about it is that the characters are all eccentric in various degrees and with the majority of the content on OTT being expletive-filled blood-soaked revenge dramas or steamy love stories there might be space for a little light-heartedness as well. Why the audience sees it is up to them, in any case people decide what they want to see when a project is announced, at least I do.”