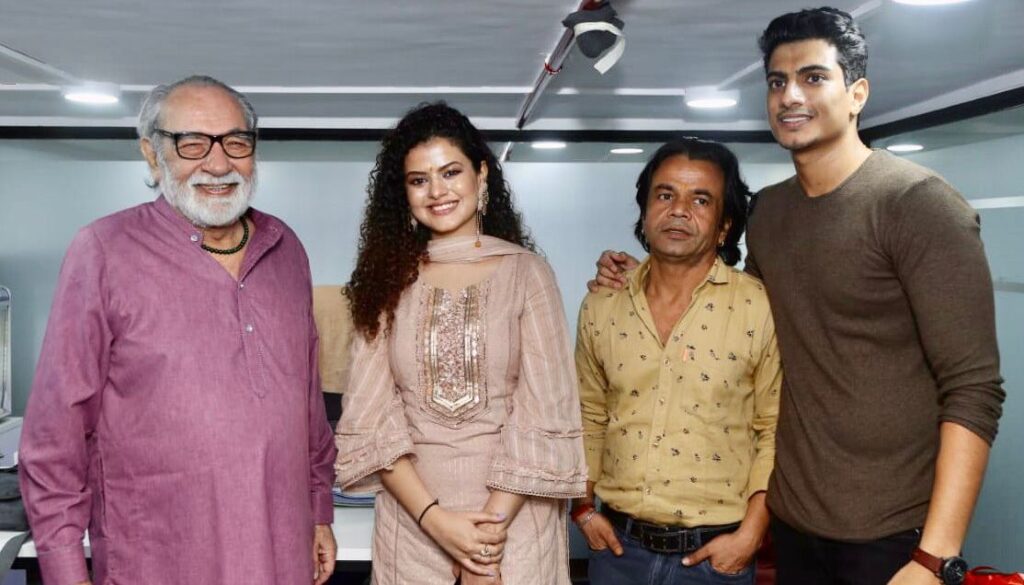 The mahurat puja took place in Mumbai amidst cast and crew of the film. The shoot begins poster was also unveiled.

Palash Muchhal tells, “Ardh is about a struggle of an actor in a city like Mumbai. The film will showcase the experiences of my 15 years journey.”

Kulbhushan Kharbanda adds, “I am playing a small yet powerful role in this beautiful film Ardh. Palash is a beautiful person and extremely talented.”

Hiten Tejwani shares, “I can’t reveal about my role. Palash is a young filmmaker and his energy is amazing. We as actors always want to play different characters but to work with young filmmakers like him is fun.”

Rajpal Yadav says, “Surprisingly Palash has a music background but Ardh is a concept oriented film. I am very happy to be a part of this film and I am really proud of Palash. During the photoshoot, I was amazed to see his skills as a young filmmaker.”

Sister-singer Palak Muchhal says, “When he acted in Ashutosh Gowariker’s Khele Hum Jee Jaan Se, I saw his inclination towards direction. I am very excited for Ardh and you all will get to hear my song in the film.”