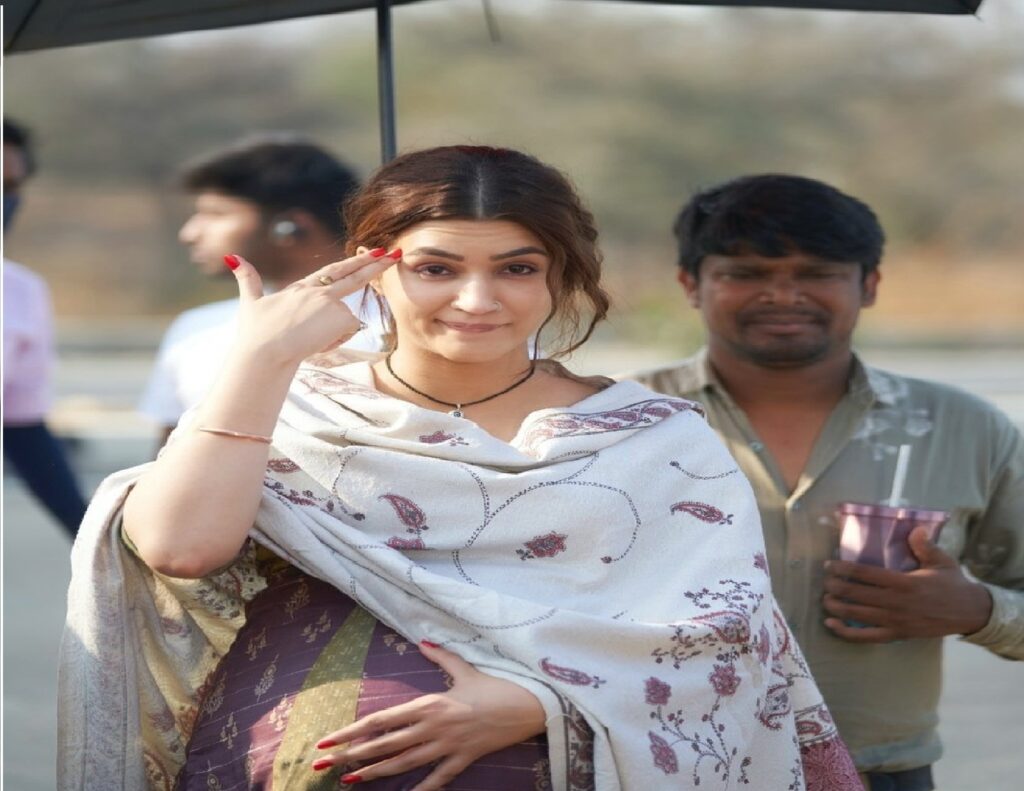 Kriti Sanon on Monday posted a picture on Instagram. The picture is from the sets of her upcoming film “Mimi”. In the image, the actress is seen flaunting a fake baby bump. Kriti also makes a mock gesture of shooting herself in the forehead.

The film streams July 30 onwards on Jio Cinema and Netflix.