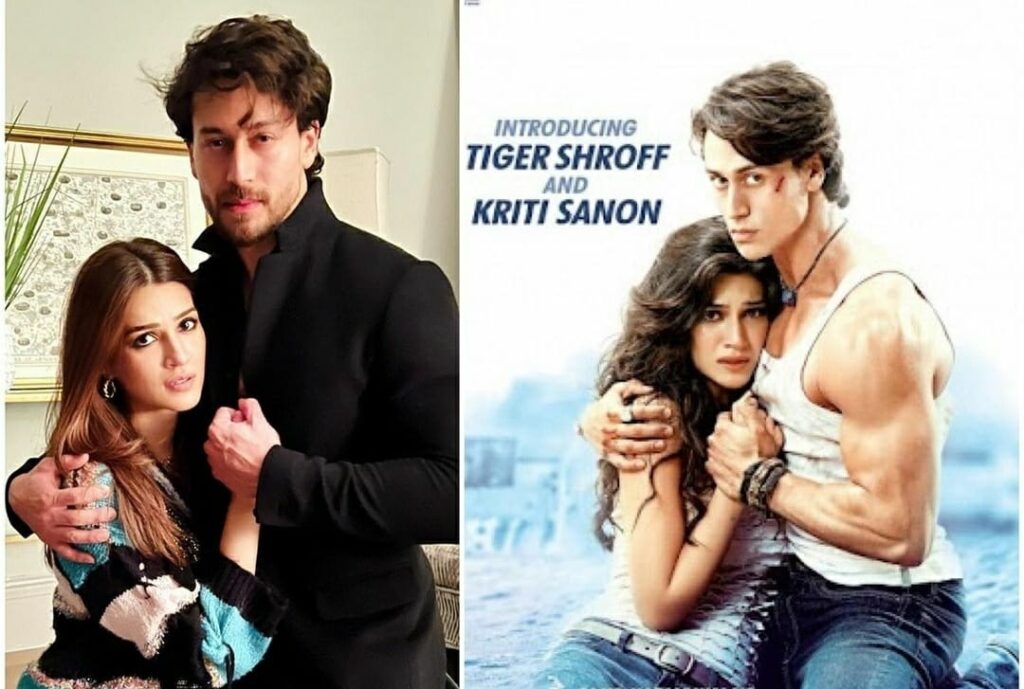 The actress took to her Instagram and shared three pictures with Tiger with the first picture showcasing the recreated pose.

Kriti wrote in her caption, “And we tried to recreate what we started with.. but as you swipe right, you’ll see the warmth and fondness come alive! Its been almost 8 yrs since we started our journey together! We’ve both grown, evolved and come a long way (sic).”

She further adds, “but deep within, I guess we are still the same! (Just pretending to be more mature versions of the newbies we were) It was such a great feeling to be back on a set with you Tigy! @tigerjackieshroff, see you super soon for the next schedule #Ganapath”.

The pictures show their evolution not just as actors but also as human beings in their own personal space.

‘Heropanti’, which released in 2014, was directed by Sabbir Khan and was a remake of Telugu film ‘Parugu’. In addition to Kriti and Tiger, the film also starred Prakash Raj in a negative role.

Talking about ‘Ganapath’, the film recently saw its schedule wrap in London. The makers also released a special countdown motion poster of the film which is slated to arrive in theatres on December 23, 2022.