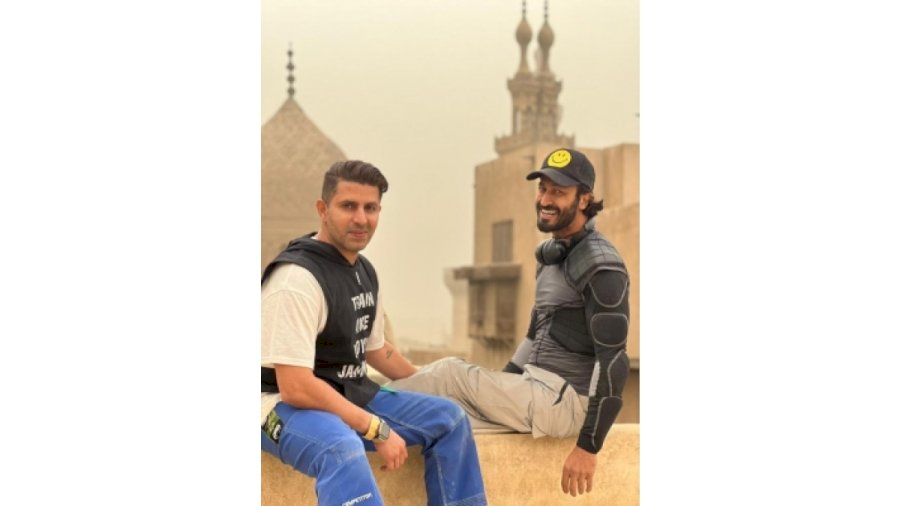 Mumbai : The unit of ‘Khuda Haafiz Chapter II – Agni Pariksha’, which stars Vidyut Jammwal and Shivaleeka Oberoi, will be in Egypt for the final leg of the film’s shooting schedule.

With 90 per cent of the film being already shot, Egypt will see the film wrap up the remaining 10 per cent production. The film, which is a sequel to the 2020 action thriller, ‘Khuda Haafiz’, outlines the love story between its lead characters set against the backdrop of intense action.

Talking about the film’s final schedule, Vidyut Jammwal said, “Egypt is going to be an exciting adventure for the entire team. We’re all relentless in our concerted effort to deliver a movie that’s worth your time.”

The film’s writer and director, Faruk Kabir, did not furnish details about the Egypt schedule but he revealed that the schedule will capture the essence of a fight against the odds, he said, “I can’t reveal what Egypt holds for the storyline of ‘Khuda Haafiz Chapter II Agni Pariksha’, but I’ll have you know that it will be worth watching. We’ll fight against time, odds and weather to bring you an extraordinary experience to a theatre near you.”

Producer Kumar Mangat Pathak, founder and Managing Director, Panorama Studios said, “We want to convey that we’re about to wrap up a cinematic experience in the form of an intense love story. We will now shoot portions crucial to the film in Egypt. We are very excited and looking forward to the upcoming schedule.”