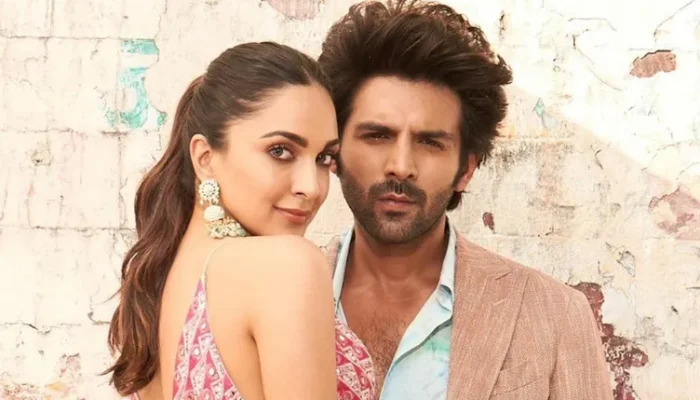 Kartik Aaryan is on a roll right now. He is one of Bollywood’s most skilled and promising performers, and he has shown his acting abilities in films. The Pyaar Ka Punchnama actor is presently enjoying the success of his horror-comedy flick, Bhool Bhulaiyaa 2, which is the second highest-grossing Hindi picture of the year. It is a stand-alone sequel to the 2007 film Bhool Bhulaiyaa starring Akshay Kumar and Vidya Balan.

According to a top portal, Kartik is about to begin filming for his forthcoming film, SatyaPrem Ki Katha. “The first schedule of ‘SatyaPrem Ki Katha’ will begin in Gujarat, around Ahmedabad and the outskirts of the city. The story is set in Gujarat and the cast will shoot there next month,” said the report. In addition to Kartik, Kiara Advani will appear in Satyaprem Ki Katha. After Anees Bazmee’s Bhool Bhulaiyaa 2, this is their second on-screen collaboration.

Kartik will play SatyaPrem in the film, while Kiara will portray Katha. Kartik recently revealed photos from his film prep session with director Sameer Vidwans, producer Shareen Mantri Kedia, and Karan Sharma on Instagram. Kartik released the first look image from their next flick and uploaded a still from the film on Kiara’s birthday. The Sonu Ki Titu Ki Sweety actor is seen hugging the Kabir Singh actress in the video.

Meanwhile, Kartik will next be seen in Shehzada alongside Kriti Sanon, Freddy with Alaya F, and an unnamed Kabir Khan film.