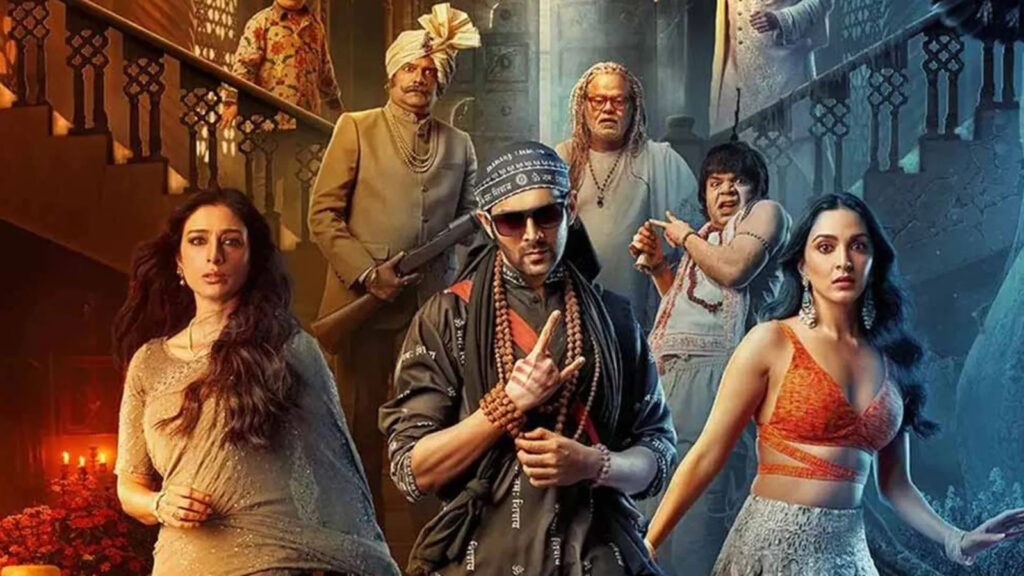 After exploding the box office, Kartik Aaryan and Kiara Advani starrer horror-comedy Bhool Bhulaiyaa 2 is set to premiere on a leading OTT platform.
The Kartik Aaryan and Kiara Advani starrer has so far minted Rs 173.76 crore in India. Despite films like Anek, Top Gun, Samrat Prithviraj and Vikram releasing, the film continued to shine at the box office.

The flick had hit the theatres on May 20, is all set to stream on an OTT platform.

The respective OTT platform on Tuesday announced that the horror-comedy Bhool Bhulaiyaa 2 will be streaming soon. However, it did not disclose the date and time yet. It is expected that the film will complete its 90-days run in the theatres and will then move to OTT.

On the professional front, Kartik Aaryan has films like Freddy, Shehzada and Captain India in the pipeline. While Kiara advani is gearing up for Raj Mehta’s Jugjugg Jeeyo. She will also be seen in Govinda Mera Naam and RC15.