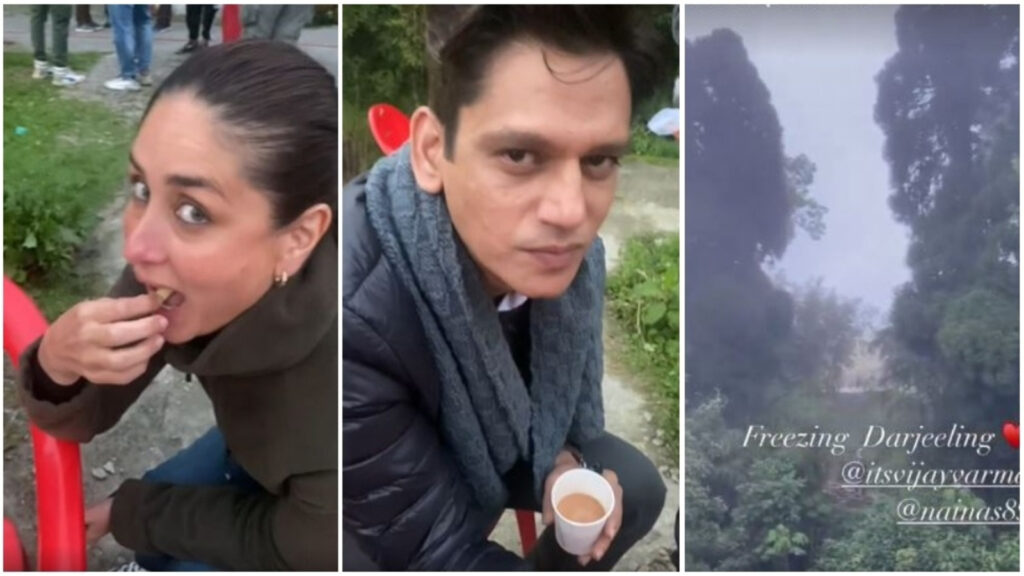 Mumbai: Actress Kareena Kapoor Khan is all set to mark her OTT debut. Helmed by Sujoy Ghosh, the shoot for first schedule of the project has commenced in Kalimpong.

The shoot of the film is currently taking place in Darjeeling. She was recently joined by her husband Saif Ali Khan, sons Taimur Ali Khan and Jehangir Ali Khan.

The actress has now shared a video as she enjoyed French fries in the ‘freezing’ hill station with her co-star Vijay Varma.

Sharing the video, she wrote, “When it’s freezing …you know what to do …French fries oh put chaat masala and red chilli on it ….ufffff,’ followed with lovestruck emoticons.

Touted to be a thriller, the yet-to-be titled murder mystery will also star Jaideep Ahlawat and Vijay Varma in pivotal roles.
The film is reportedly based on the 2005 novel The Devotion of Suspect X.

On the work front, Kareena Kapoor Khan will also be seen in Laal Singh Chaddha opposite Aamir Khan.