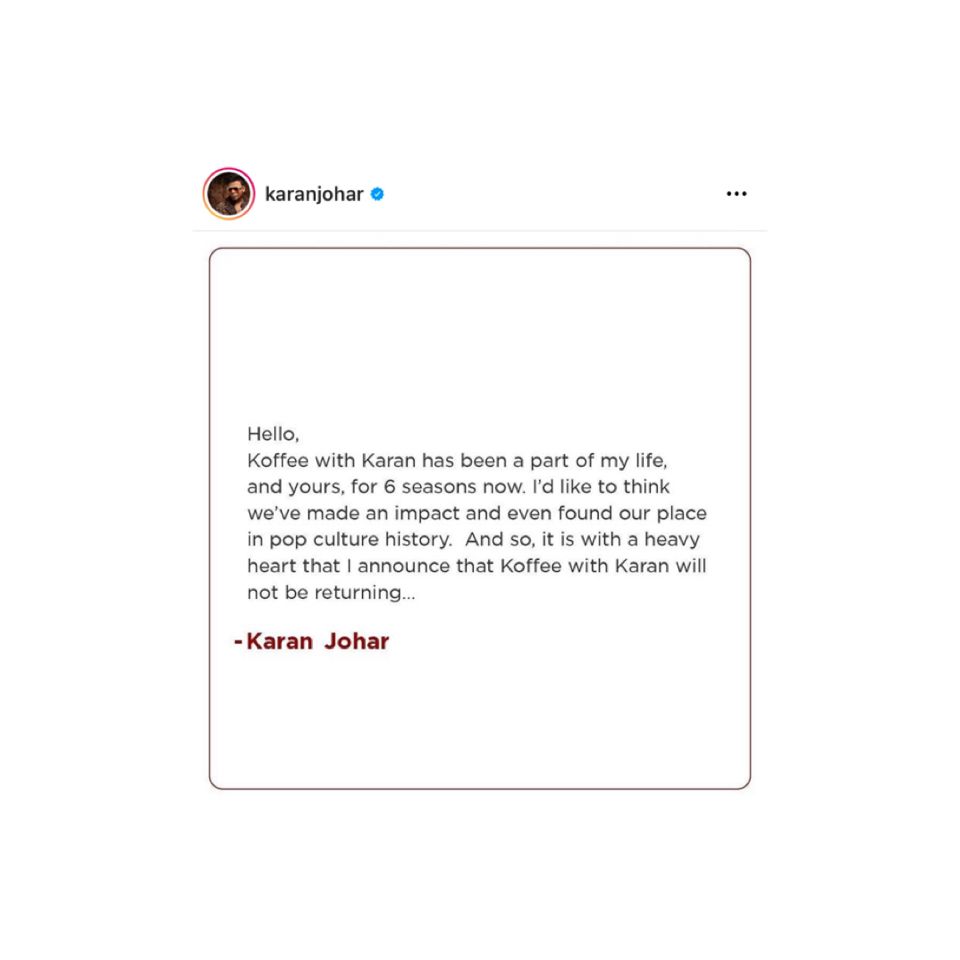 Mumbai, Just last month reports surfaced that filmmaker Karan Johar would soon be seen on the small screen with his show Koffee With Karan. there were multiple reports about the celebs who were supposed to be a part of it.

There were buzz about Bollywood’s popular on-screen couple Kajol and Shahrukh Khan making an appearance in an episode of the seventh season.

However, with latest update regarding the same, the fans and followers of show will be a little upset.

A few minutes ago, Karan took to his Instagram page to share an update on Koffee With Karan and said that the chat show will not be returning anymore.

Yes! You heard it right.

Sharing the important announcement he wrote, “Hello, Koffee With Karan has been a part of my life, and yours, for 6 seasons now. I’d like to think we’ve made an impact and even found our place in pop culture history. And so, it is with a heavy heart that I announce that Koffee With Karan will not be returning.”

Meanwhile, on the work front, Karan Johar will be donning the hat of a director with Rocky aur Rani ki Prem Kahani featuring Ranveer Singh and Alia Bhatt in pivotal roles.