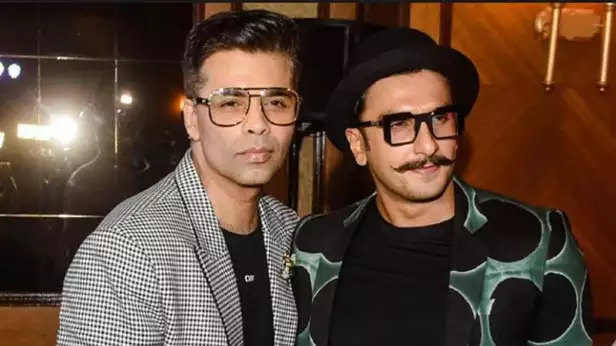 Ranveer Singh recently took the internet by storm after pictures of his nude photoshoot surfaced on the internet. He will soon be seen in Karan Johar’s upcoming directorial, Rocky Aur Rani Ki Prem Kahani, also starring Alia Bhatt. Ranveer recently even made an appearance on the Koffee With Karan talk show.

Recently, amid the nude photoshoot feud, Karan has written an appreciation note for the actor.

He commenced the note by writing, “So…. There is no occasion… no marketing agenda … no launch coming up! Nothing! This is just a feeling I have which I feel like sharing with everyone.”

He further continued, “I have grown to love Ranveer Singh! The man! The person! The Ball of love that he is! His ability to make everyone he meets feel so special… the love that he exudes and that consumes his being and his entire aura… his passion to express every little gesture of love.”

Talking about his experience of working with the Padmaavat actor, Karan added, “Over the period of my film I have observed him closely and at a distance as to what a solid guy he is! Yes he has his idiosyncrasies as an artist but thats what we see translate so beautifully on celluloid! So he`s allowed! On a personal level I have been so touched on so many points of time just by his generosity of spirit! I love you Ranveer! Never lose sight of that “good bacha” you were raised to be (sic).”

Many celebrities including Alia Bhatt, Manish Malhotra, Anil Kapoor, among others reacted to the post.

On the work front, Ranveer Singh has Rohit Shetty’s Cirkus with Pooja Hegde and Jacqueline Fernandez in his pipeline. The movie is slated to release on December 23 this year.