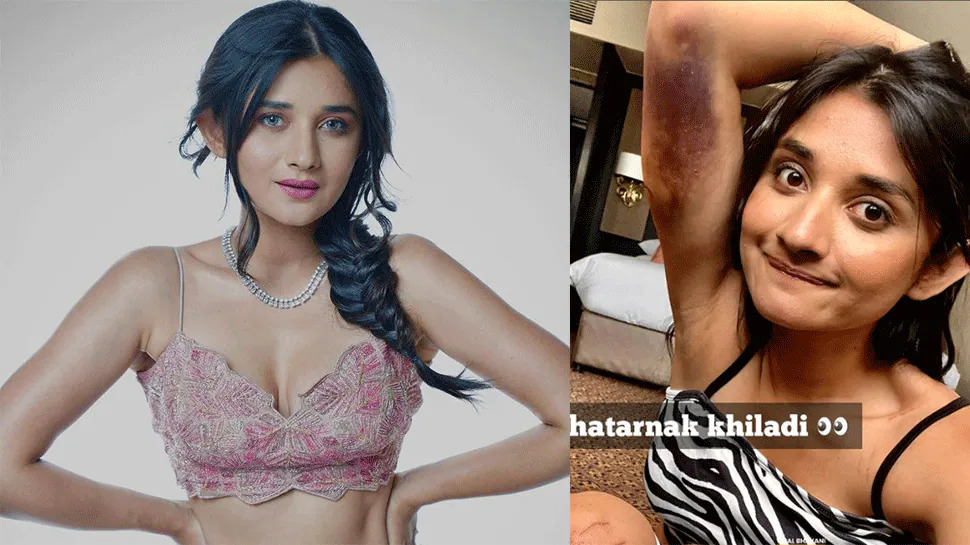 Actress Kanika Mann is popularly known for her stint as Guddan in popular TV show Guddan Tumse Na ho Payega.
The actress is now a part of adventure based reality show Khatron Ke Khiladi for which she jetted off to Cape Town to shoot for the same.

Being an avid social media user, the actress is constantly sharing snaps and looks like she is having fun shooting there.

Recently, a picture of her has been doing rounds on the internet in which she is seen embracing her wounds which she endures while performing stunts.

Looking at her bruises, her fans expressed their concerns. While one wrote, “Take care your safety and health more important than task,” another said, “Wishing you a speedy recovery and healing.”