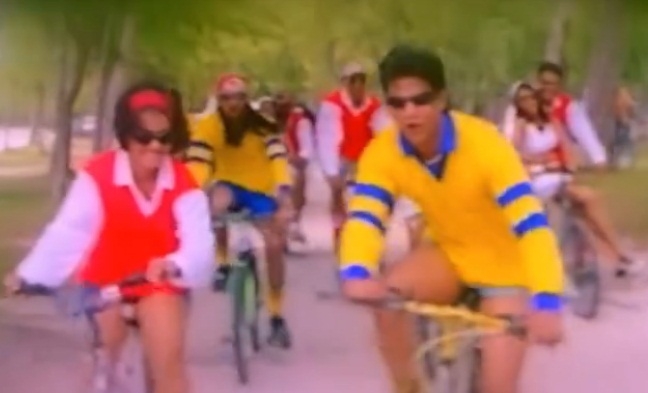 Kajol posted a snippet from the 1998 film on Instagram. The video features Kajol and co-star Shah Rukh Khan cycling. After a point the actress takes a tumble.

“And a very Happy Bicycle Day to you too #WorldBicycleDay,” she wrote as the caption.

Filmmaker Karan Johar, who directed “Kuch Kuch Hota Hai”, wrote in the comment section: “Oh god! I remember this so clearly! And can’t forget what happened after.”

The romantic blockbuster narrated a love triangle played out by Kajol, SRK and Rani Mukerji, and has superhit music by Jatin-Lalit.

Kajol was last seen on screen in the digitally-released film, “Tribhanga”, directed by Renuka Shahane. The film narrates the story of three generations of women. Kajol plays an actress-dancer who shares a strained relationship with her mother (Tanvi Azmi), a noted author.