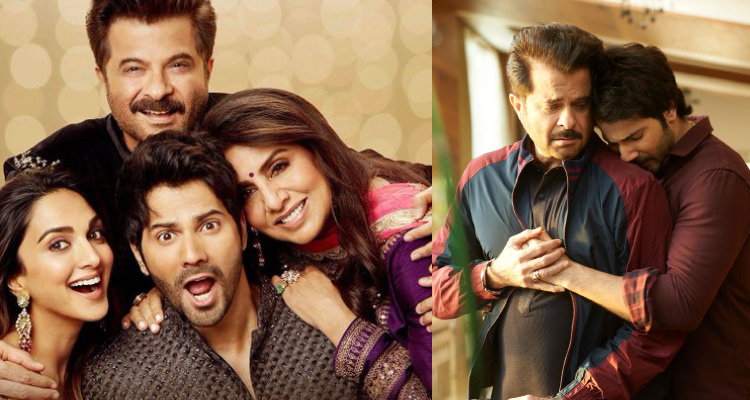 At the time in Bollywood where makers are either focusing on a subject in a preachy way or wooing the audience with high-octane action and thrillers kind of films. Raj Mehta’s Jugjugg Jeeyo is like a breath of air with its heart in the right place.

Story:-
The story of Jugjugg Jeeyo revolves around the Saini family of Punjab. Bheem Saini’s(Anil Kapoor) son and daughter-in-law played by Varun and Kiara are childhood sweethearts whose marriage has hit rock bottom, and after 5 years they decide to part ways. As soon as Kukoo Saini(Varun Dhavan) is about to break this news to his father Bheem (Anil Kapoor), he unearths that Bheem is also planning to divorce his wife, Geeta (Neetu Kapoor) after their daughter Ginny’s (Prajakta Koli) wedding, as he has found love in Meera (Tisca Chopra).
Well, what happens next is something you have to witness by heading to theatres near you.

Subject like divorce and separation has been depicted umpteen times on the big screen. But what makes this Raj Mehta’s directorial a fun watch is that it is devoid of preachiness and stigmatization that surrounds it.
The writers juxtapose drama, emotions, romance and humour seamlessly in the narrative.

The filmmaker’s breezy treatment to the taboo subject like divorce is what makes this flick highly pleasing to a wide section of the audience. The witty lines especially in the first half leave you laughing in your seats. But, the screenplay loses its lustre a few places in the second half.

Speaking of other technical aspects, Jay Patel’s cinematography and Manish More’s editing goes well with the theme of the film.

Music is another outstanding aspect of the film as it is in sync with the situations in the film. While Rangi Saari is soothing to hear, the Punjabban song is a foot-tapping number. Rest, Dupatta and Nain Ta Heere are passable.

Speaking of performances, all the actors have put their best foot forward. The casting of the film is undoubtedly an appealing aspect and none of the actors will disappoint you.
To start with, Neetu Kapoor tells in a scene that her husband, played by Anil Kapoor is an old player. The actor truly justifies it with his top-notch act. Words fall short to praise his brilliance. Who can tell, that Neetu Kapoor is returning to the big screen after 12 years? As the diva maintains the required subtlety in her act in every aspect. Be it a heartbroken wife, a doting mommy or an open-minded mother-in-law, the actress nails every part.
Another leading lady in the film that surprises us is Kiara Advani as Naina Saini. Be it scenes which are high on emotions or showing her as a strong-headed woman, she portrays all the facets with utmost perfection.
Undoubtedly Varun and Kiara make for an outstanding on-screen pair. But it’s the equation between Kiara and Neetu Kapoor as mother-in-law and daughter-in-law that are a delight to watch and stands out. Keep your tissues ready as the emotional breakdown moment between the two will leave you teary-eyed.
Varun Dhavan has tried hard to do justice to his character of Kukoo Saini, but things slightly went down here. The actor fails to convincingly play tear-jerking moments. Maniesh Paul is full of energy and his comic timings are impressive. Prajakta Koli too and Tisca Chopra manage to leave an impression despite limited screentime.

On the whole, Jugjugg Jeeyo is a light-hearted family drama and certainly makes for an
entertaining watch. One can experience a gamut of emotions while watching it on the big screen. 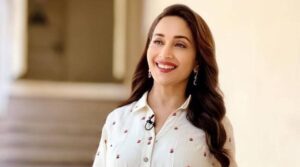 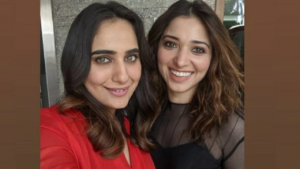 Tamannaah Bhatia on how she bonds with co-actor Kusha Kapila