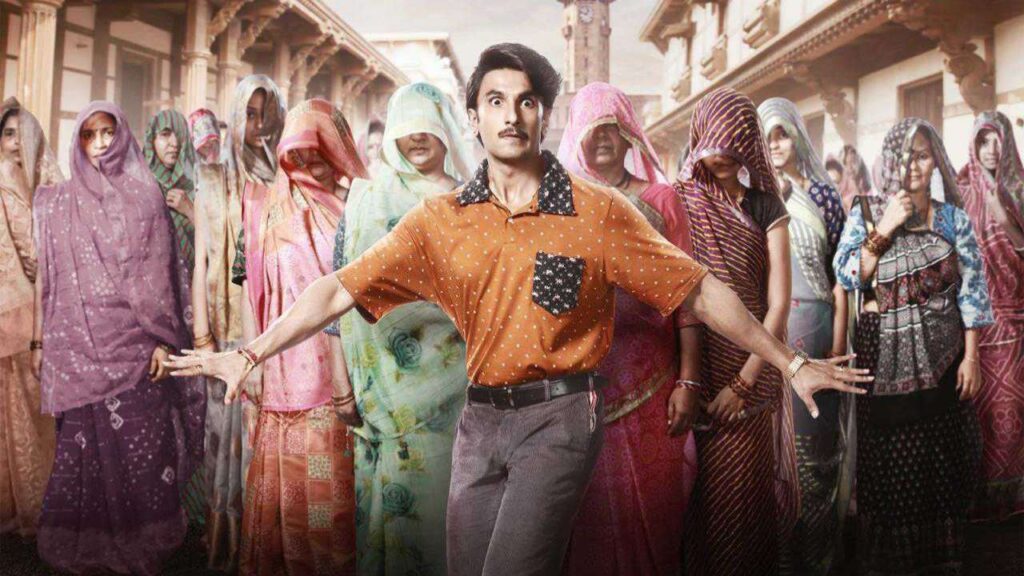 Jayeshbhai Jordaar is a social-comedy drama that sheds light on the issue of female infanticide.

Story:
Set in a patriarchal village of Gujarat, Jayeshbhai Jordaar revolves around the story of an orthodox Gujarati family. Jayeshbhai’s father(Boman Irani) and mother(Ratna Pathak Shah) are hell-bent on having a male grandchild to take their legacy as Village Sarpanch ahead. On the other hand, Jayeshbhai finds out that his wife Mudra(Shalini Pandey) is pregnant with a girl child for the second time. He flees the town after finding this to save his wife and child from the wrath of his parents, who are also ready to kill the baby if it’s a daughter.
How this timid man must muster courage as he is in the fight of his life to protect his pregnant wife & daughter? The answer to the question lies in the film.

Review:
The story written and directed by filmmaker Divyang Thakkar, touches upon this important topic of female infanticide. He tries to keep it light-hearted and funny so that it doesn’t get into being too much preachy. But in pursuit to do so, because of scenes like the cat and mouse game between him and his father, the film seems monotonous at some point. Being his debut, Divyang Thakkar has put in efforts to strike the chords right with the audience, and that is palpable. But, when it comes to portraying a sensitive topic like this with quirk, the film needs to be well executed. And that is somewhere lacking in Jayeshbhai Jordaar. The editing treatment given to the film by Namrata Rao could have been tighter.

Talking about cinematography it could have been better, as much attention is paid to the demeanour of the characters to exude the Gujarati essence appropriately, rather than capturing the locales.

The songs compliment the storyline and go with the plot, they fail to leave any long-lasting impact.

What dampens down the promising spirit of the film is the underwhelming writing. The dialogues of the film are undoubtedly funny, but it lacks the desired spark.

Coming to performances, Ranveer Singh and Boman Irani shines throughout the film. Ranveer Singh proves his versatility yet again, but due to weak writing, he failed to deliver what he actually can, in a promising way. Boman Irani as an orthodox Sarpanch too shines in his part. One actually would love to hate him as he plays his part convincingly.
Shalini Pandey as the submissive woman does justice to her part. However, her chemistry with Ranveer is not that great. Ratna Pathak Shah does a fine job as a typical Gujarati mother. When it came to mouthing dialogues, she was not able to convince.
The show-stealer in the whole film apart from Ranveer Singh is Jia Vaidya. As a fierce daughter, who has the guys hit in her grandfather’s groin to save her mom and dad from the ruthless villagers, this little girl is a firecracker.

On the whole, Jayeshbhai Jordaar is a heartwarming saga, aimed at families and it will keep the audience thoroughly entertained. If you are someone, who is looking forward to watching something different apart from action and thriller genre content, Jayeshbhai Jordaar is definitely a breather. Overall, it’s a one time watch. Ranveer Singh fans are surely going to have a great time.